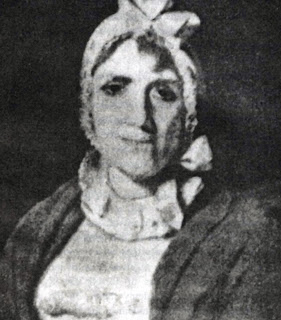 Hannah Marshman was the First Woman Missionary in India born on 13th May 1767 at Bristol, England. She was the daughter of John Shepherd, a farmer and his wife Rachel and the granddaughter of John Clark, pastor of the Baptist church at Crockerton, Wiltshire. Her mother died when she was eight years old. In 1791 Hannah Shepherd married Joshua Marshman. Hannah Shephard was possessed in an eminent degree those qualities of heart and mind which fitted her to be a help-meet to her husband. Three years after her marriage, in 1794 they moved from Westbury Leigh in Wiltshire to Broadmead, Bristol. In Bristol, they joined the Broadmead Baptist Church. The couple had 12 children; of these only five lived longer than their father. Their youngest daughter Hannah married Henry Havelock, who became a British General in India and whose statue is in Trafalgar Square, London.


On 29th May 1799, Hannah and Joshua Marshman and their two children set out from Portsmouth for India aboard the ship "Criterion". Although there was a threat of a French naval attack the family landed on 13th October 1799 at the Danish settlement of Serampore, a few miles North of Calcutta. They had chosen to land here because the East India Company was still hostile to missionaries; they settled in the Danish colony at Serampore and were joined there by William Carey on 10th January 1800.


On 1st May 1800, Joshua and Hannah Marshman opened two boarding schools at Serampore. The two schools became the most popular in the Presidency and their son John Clark Marshman received his education from his parents. He was part of the growing mission family, eating at the communal table and joining with other children in mission life. As with all other mission family members he was encouraged to become a fluent Bengali speaker. Meanwhile, the Missionary Society had begun sending more missionaries to India. The first to arrive was John Fountain, who arrived in Mudnabatty and began a teaching school. He was followed by William Ward, a printer; David Brunsdon, one of Marshman's students and William Grant, who died three weeks after his arrival. 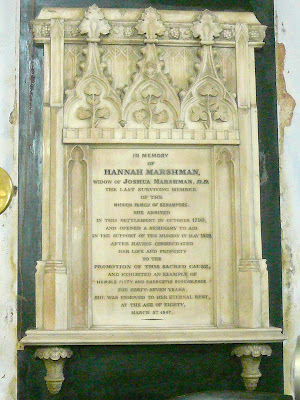 In 1800, when she first met them, Marshman was appalled by the neglect with the way in which William Carey looked after his four boys; aged 4, 7, 12 and 15, they were unmannered, undisciplined and even uneducated. Carey had not spoiled, but rather simply ignored them. Marshman, her husband and their friend the printer William Ward, took the boys in tow. Together they shaped the boys as Carey pampered his botanical specimens, performed his many missionary tasks and journeyed into Calcutta to teach at Fort William College. They offered the boys structure, instruction and companionship. To their credit - and little to Carey's - all four boys went on to useful careers. At one point, Hannah wrote about Carey, "The good man saw and lamented the evil but was too mild to apply an effectual remedy."


On 5th July 1818, William Carey, Joshua Marshman and William Ward issued a prospectus, written by Marshman for a proposed new "College for the instruction of Asiatic, Christian, and other youth in Eastern literature and European science". Thus was born Serampore College - which still continues to this day. Hannah herself went onto to found the local girls' school. Her husband, Marshman died on 5th December 1837 at Serampore, India and lies buried at the foot of this stone, in the same Cemetery with his beloved Colleagues, William Carey and William Ward. William Carey, Marshman and William Ward worked cooperatively and came to have the name "the Serampore Trio." Hannah Marshman died at the age of eighty on 5th March 1847 at Serampore, India. 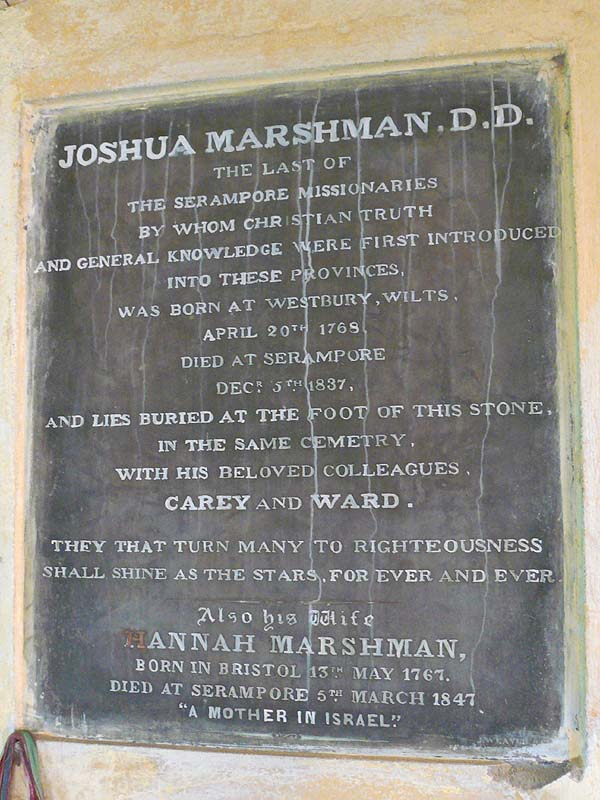 The following Inscription to her memory is placed in the Mission Chapel at Serampore: "In Memory of Hannah Marshman, widow of Joshua Marshman, D. D. the last surviving Member of the Mission Family at Serampore, she arrived in this settlement in October 1799, and opened a seminary to aid in the support of the Mission in May 1800, after having consecrated her life and property to the promotion of this sacred cause and exhibited an example of humble piety and energetic benevolence for forty-seven years.