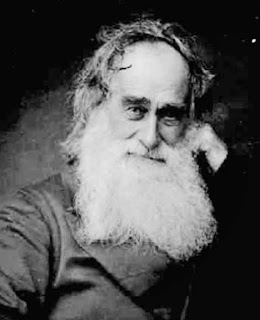 Robert Moffat was a Scottish Congregationalist Pioneer Missionary to Africa and father-in-law of David Livingstone, born on 21st December 1795 in Ormiston, East Lothian in Scotland to poor parents. The educational advantages afforded him were limited, so, at a young age, he became an apprentice to learn gardening. Upon the completion of this apprenticeship, he moved to Cheshire in England to find an employment as a gardener where he was won to Christ through the efforts of the Wesleyan Methodists.
In 1814, he was employed at West Hall High Legh in Cheshire and he experienced difficulties with his employer due to his Methodist sympathies. With an intense desire to serve the Lord burning within him, he attended a missionary conference being held in Manchester and there he felt the divine call to carry the Gospel to the heathen. For a short period, after having applied successfully to the London Missionary Society (LMS) to become an overseas missionary, he took an interim post as a farmer at Plantation Farm in Dukinfield, where he first met his future wife. His fiance Mary Smith (1795–1870) was able to join him three years later, after he returned to Cape Town from Namaqualand and she actively assisted further missionary work.
At the age of 21 years, in September 1816, Robert Moffat was formally commissioned at Surrey Chapel in London as a missionary of LMS and was sent to South Africa. He arrived in Cape Town in South Africa in 1817. In 1819, his fiancé returning to Cape Town in South Africa, arriving from England, he met his fiancee and they were married. Together, they spent the next 51 years on the mission field, experiencing the many hardships and sorrows of that primitive area. Three of their children died in infancy and youth. However, five of the remaining ones remained in Africa as missionaries.
In 1820, Robert Moffat and his wife left the Cape and proceeded to Griquatown, where their daughter Mary Moffat was born. The family later settled at Kuruman to the West of the Vaal River among the Bechuana tribes. Here they lived and worked passionately for the missionary cause, until they returned to Britain. In Kuruman, he formed one link in what was known as the 'Missionary Route', stretching from Port Elizabeth right up into Bechuanaland (now Botswana), Angola and Rhodesia (now Zimbabwe). During this period, Robert Moffat made frequent journeys into the neighboring regions as far North as the Matabele country. The results of these journeys he communicated to the Royal Geographical Society and even as in Britain on furlough (1839–1843) an account of the family's experience, Missionary Labours and Scenes in South Africa (1842) was published. He also translated the whole of the Bible and The Pilgrim's Progress into Setswana.
In 1841, David Livingstone arrived as a London Missionary Society missionary and took a shine to Moffat's eldest daughter, Mary. They were married on 2nd January 1845 and Mary accompanied David Livingstone on many of his journeys. Her health and the family's needs for security and education forced him to send her and their four children back to Britain in 1852. Mary insisted on joining Livingstone on his Zambezi expedition and sadly died at Shupanga on the Zambezi in 1862.
Robert Moffat and Mary Moffat had ten children, Mary, who was married by David Livingstone, Ann, Robert, who died as an infant, Robert, Helen, Elizabeth, who also died as an infant, James, John, Elizabeth and Jean. Their son John Smith Moffat also became an LMS missionary and took over running of the mission at Kuruman before entering colonial service. Their grandson Howard Unwin Moffat became a Prime Minister of Southern Rhodesia. Besides his early training as a gardener and farmer and later as a writer, Robert Moffat developed skills in building, carpentry, printing and as a blacksmith. On his return to England he received a testimonial of 5000 pounds.
In 1870, after 54 years in Africa, he and his wife returned to England, where one year later his wife died. Robert Moffat continued to promote foreign missions the rest of his life. He raised funds for a seminary that was built at the Kuruman Station, where native students were prepared for missionary work among their own people. Robert Moffat died on 9th August 1883 at Leigh, Kent, near Tunbridge Wells in England and was buried at West Norwood Cemetery. At his death in 1883 the London newspaper said, "Perhaps no more genuine soul ever breathed. He addressed the cultured audiences within the majestic halls of Westminster Abbey with the same simple manner in which he led the worship in the huts of the savages."
The work of Robert Moffat was, as it were, the stepping stones which others used in spreading the Gospel throughout the Dark Continent. He opened many mission stations and served as the Pioneer Missionary in an area of hundreds of square miles. He translated the Bible into the language of the Bechwanas, first having reduced the language to written characters and wrote two missionary books on South Africa: Labors and Scenes in South Africa and Rivers of Water in a Dry Place. Robert Moffat’s printing work in Kuruman was supported by an iron hand press that was brought to Cape Town in 1825 and taken to Kuruman in 1831. Rev.Robert Moffat made use of it until 1870 when he retired after which it was taken over by William Aston and A.J.Gould and was in use until about 1882. In 1918 it was taken to the Kimberly Public Library where it remained, until return to the Moffat Mission in Kuruman in 1996 where it is back in occasional use printing commemorative documents.
“We shall have all eternity in which to celebrate our victories, but we have only one swift hour before the sunset in which to win them.” –Robert Moffat, Missionary to South Africa 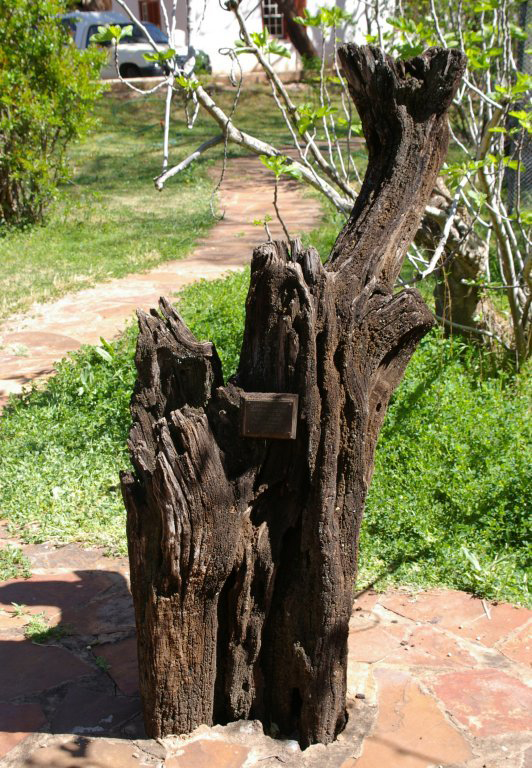