The churches and convents of Goa, the former capital of the Portuguese Indies – particularly the Church of Bom Jesus, which contains the tomb of St Francis-Xavier – illustrate the evangelization of Asia. These monuments were influential in spreading forms of Manueline, Mannerist and Baroque art in all the countries of Asia where missions were established.


These monuments of Goa exerted great influence in the 16th-18th centuries on the development of architecture, sculpture, and painting by spreading forms of Manueline, Mannerist and Baroque art throughout the countries of Asia where Catholic missions were established. In so doing they illustrate the work of missionaries in Asia. The Portuguese explorer Alfonso de Albuquerque conquered Goa in 1510 and the Portuguese ruled the territory until 1961. The colony of Goa, which has its centre in Old Goa, became the capital of the vast eastern Portuguese Empire, sharing the same civic privileges as Lisbon. By 1635, the successive waves of Europeans brought about the inevitable decline of Goa.

In 1542 the Jesuits, who were driven by the ardour of medieval crusaders, arrived in the city and Francis Xavier, one of the founders of the Society of Jesus, rapidly became the patron saint of Goa. The churches in Old Goa aimed to awe the local population into conversion and to impress upon them the superiority of the foreign religion. The facades were accordingly made tall and lofty and the interiors were magnificent, with twisted Bernini columns, decorated pediments, profusely carved and gilded altars, and colourful wall paintings and frescoes.

Local laterite was used in the construction of the churches, which had to be plastered and finished with a lime whitewash, while the trimmings were sometimes of basalt. The colour white was so identified with churches that the local administration ruled that no house could be painted that colour.

Of the 60 churches inventoried in the 18th century before the city was abandoned, seven major examples survive. The Sé Cathedral with its Tuscan exterior, Corinthian columns, raised platform with steps leading to the entrance, and barrel-vault is another example of Renaissance architecture. The paintings in the church were executed on wooden boards and fixed between panels with floral designs. Except for a few statues which are in stone, most of the other statues of the saints, the Virgin Mary, and Jesus were first carved in wood and then painted to adorn the altars.

The Chapel of St Catherine dating from 1510, the Church and Convent of Saint Francis of Assisi (which now houses the Archaeological Museum), and the Church of Bom Jesus where the mortal remains of St Francis Xavier rest, are some of the best in terms of design and style. Also of importance are St Gagtan and its seminary, Our Lady of the Rosary (one of the earliest churches to be built), and the Tower of St Augustine, all that remains of a convent built in 1572. The Church of St Cajetan has a facade decorated with lonic, Doric, and Corinthian pilasters.Other monuments are partially or completely in ruins, but they nonetheless constitute an archaeological reserve of considerable interest. 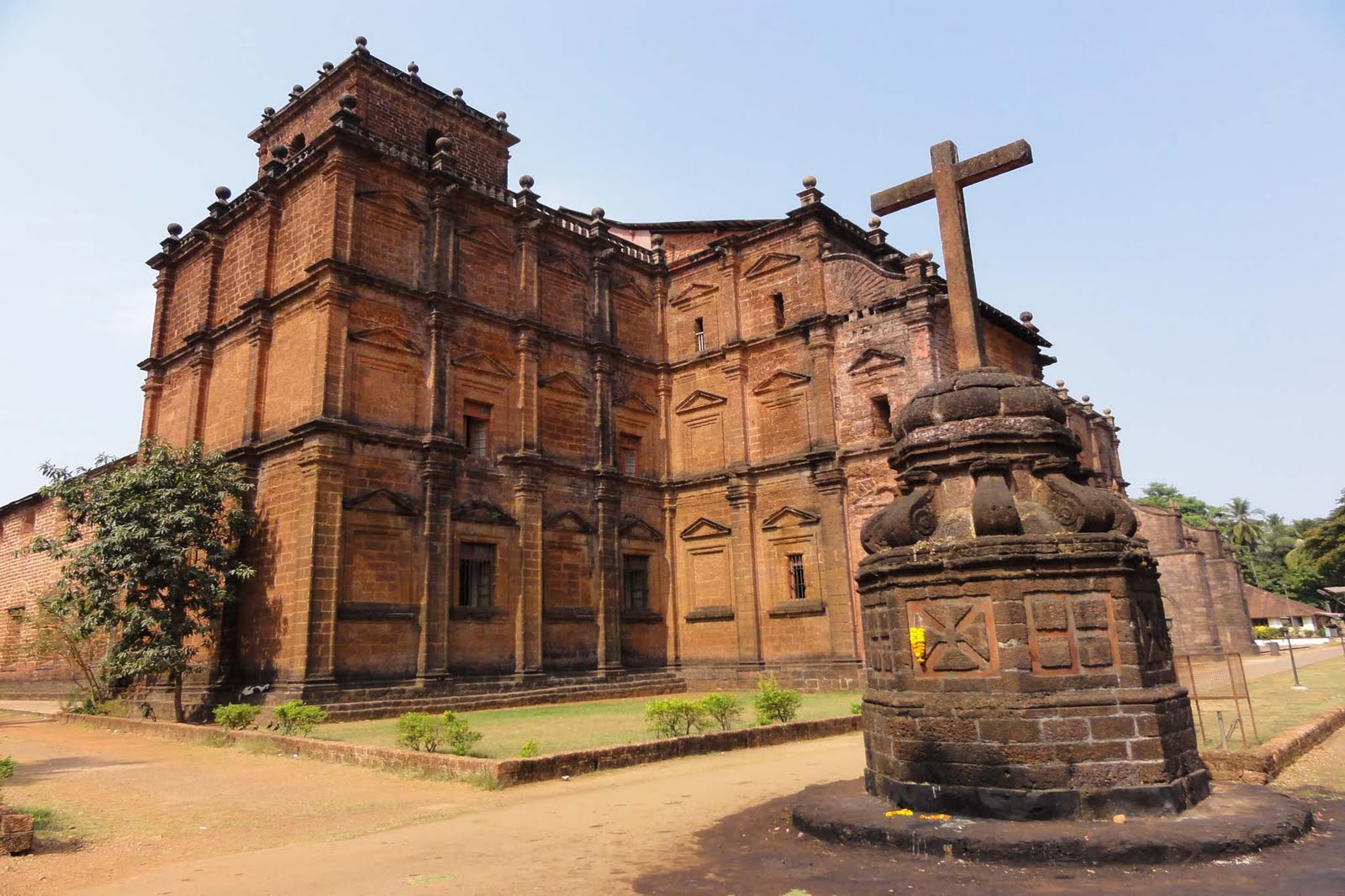 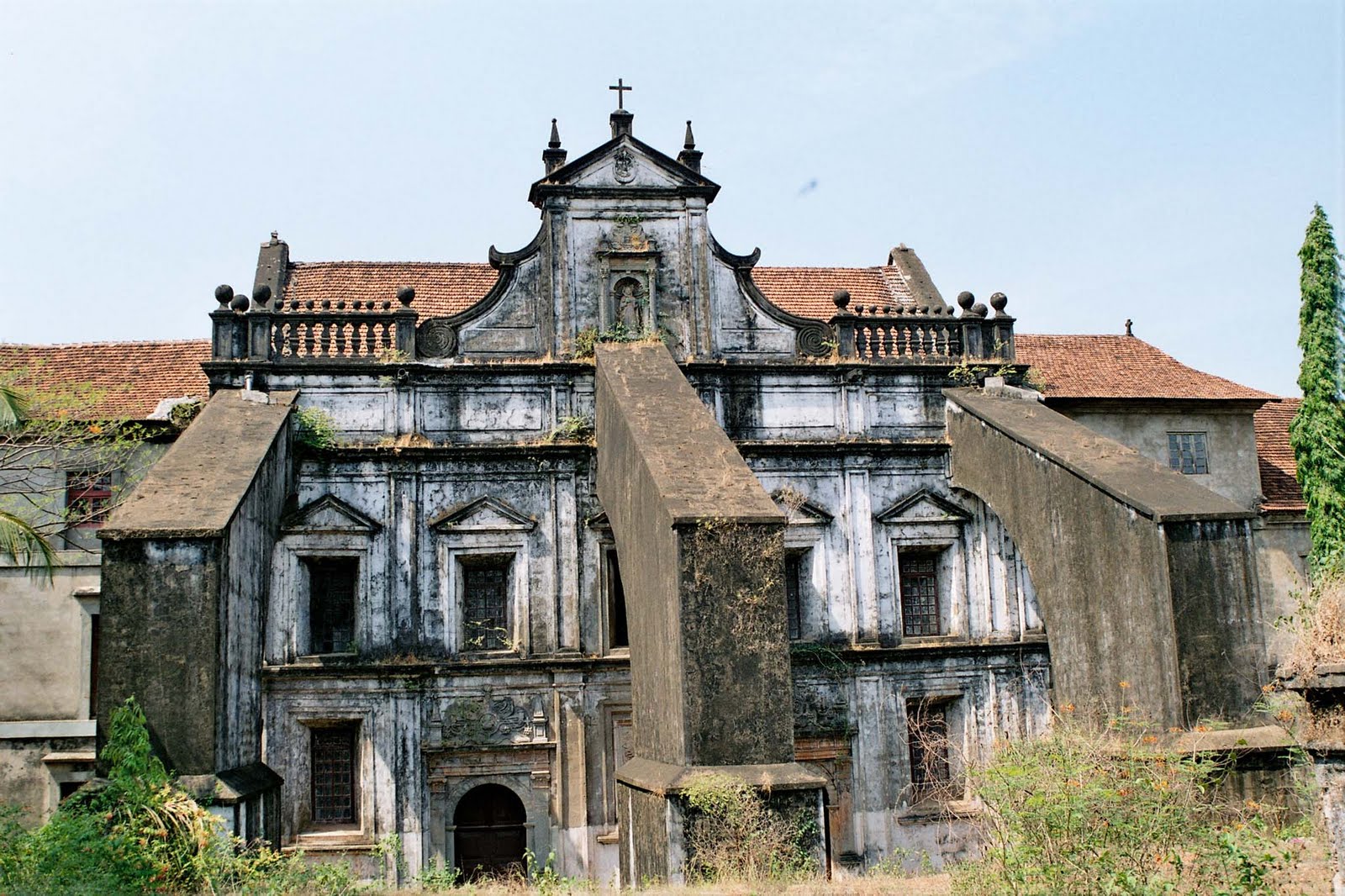 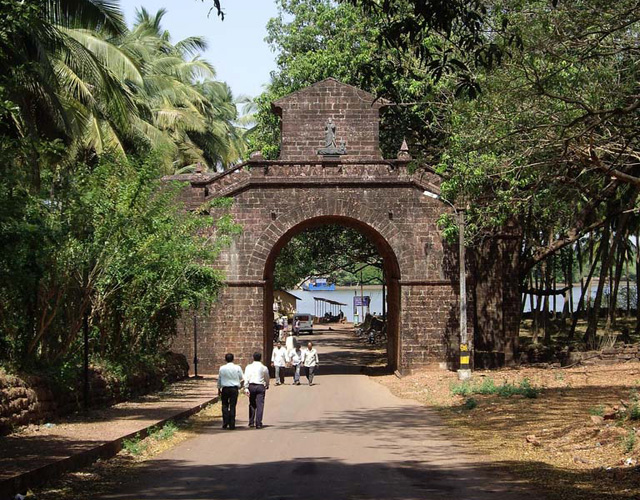 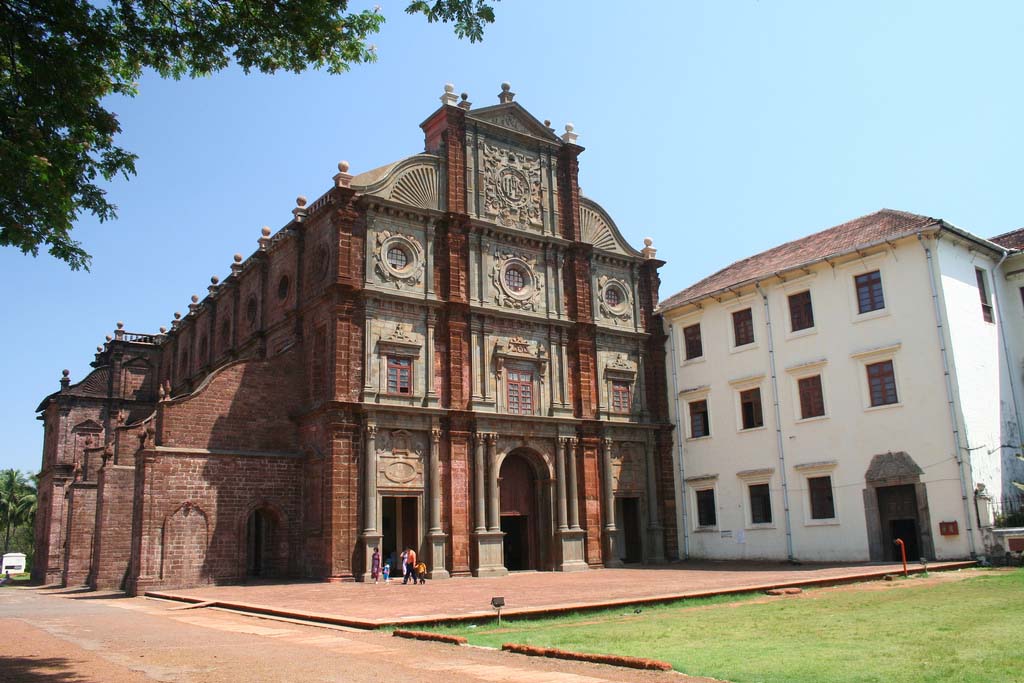 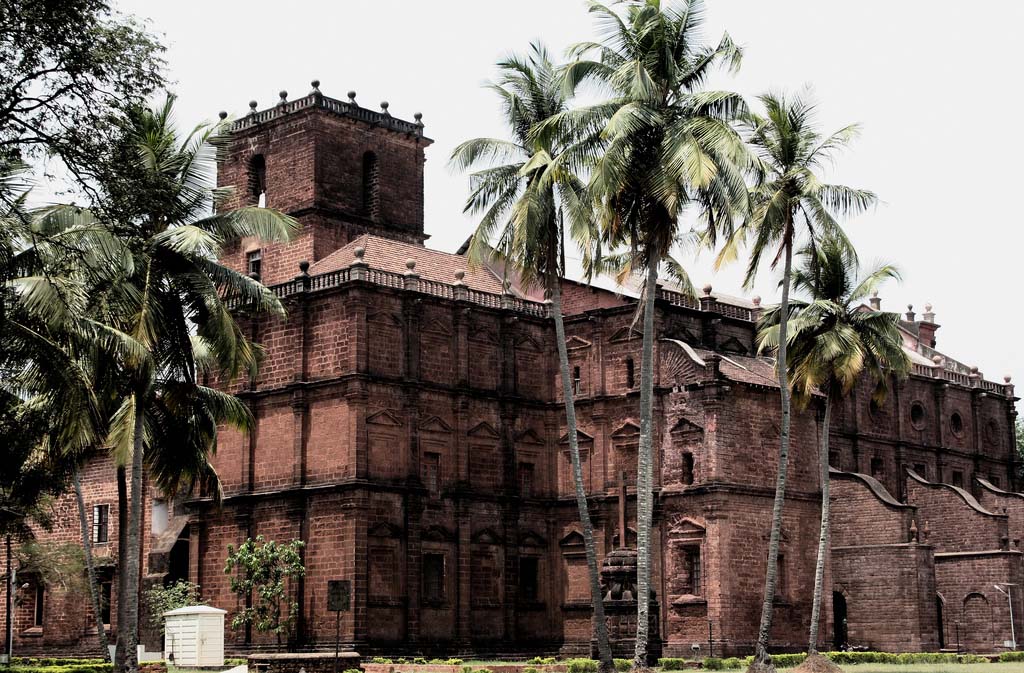 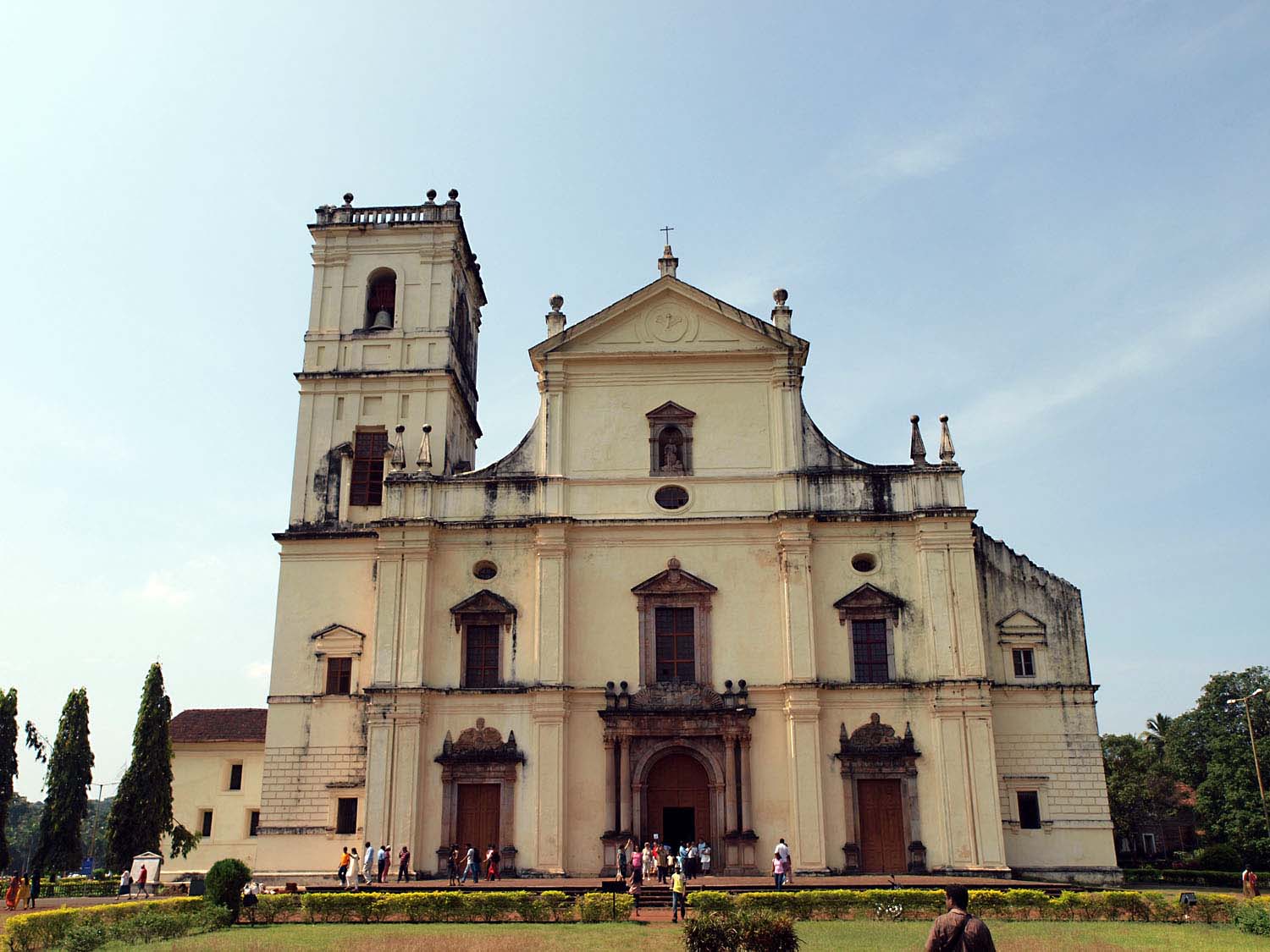 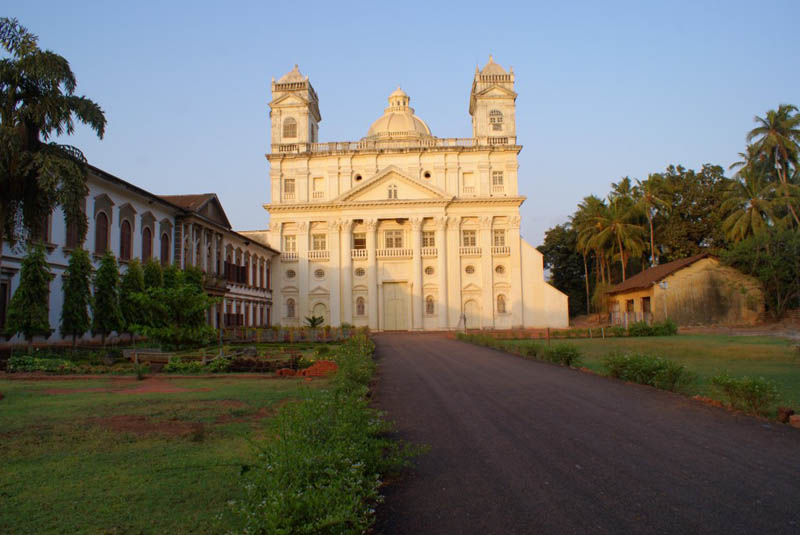 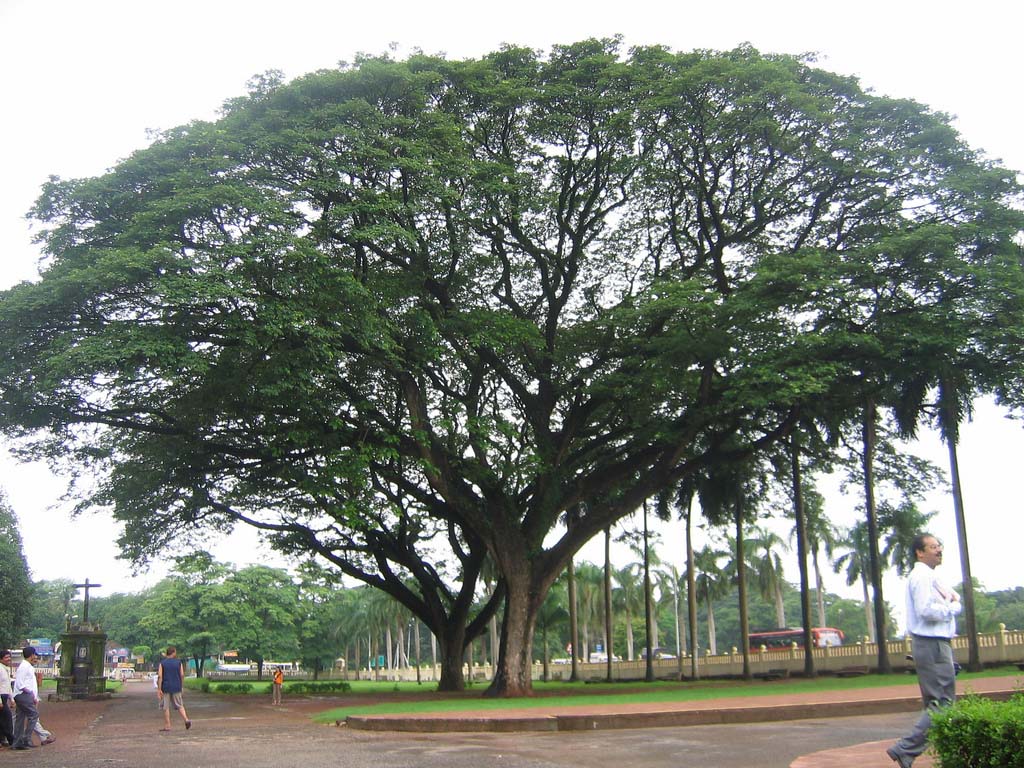