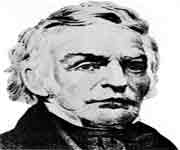 Reverend Samuel Parker, (1779–1866) was an American Missionary in Oregon, United States. He was the first Presbyterian Missionary in Oregon. He scouted locations for missions, including a location for the Whitman Mission in present Washington State and traveled with Dr.Marcus Whitman. He worked as a pastor of the Congregational Church in Middlefield, Mass in New Yard for prolonged time and he answered the call for missionaries in 1834.

He was born on April 23, 1779, in Ashfield, (a town in Franklin County), Massachusetts, United

Name: Samuel Parker (1779–1866)
Born : April 23, 1779 in Ashfield
Father : Merchant Parker
Mother: Elisha Parker
Wife : N.Sears & Jerusha Lord
Mission work: Oregon Territory (1835-1837)
Known as: First Presbyterian Missionary
Died: March 21, 1866 in Ithaca, New York
States, to Merchant Parker and Elisha Parker. He was educated at the Williams College, located in Williamstown, Massachusetts where he graduated in 1806 and in 1810, and he also getting education in Andover Theological Seminary. Then he was ordained as a minister in 1812. He married his first wife, N.Sears, and in 1815 he married a second time Jerusha Lord and delivered three children. One son's name was Samuel J. Parker.

He worked as a pastor of the Congregational Church in Middlefield, Mass in New Yard. Though 54 years of age, married and the father of three children, Parker was influenced by the Indians' call, he answered the call for missionaries in 1834 and volunteered to the American Board of Commissioners for Foreign Missions to go to the Flathead country. Turned down by the Board, he moved to Ithaca in New Yard, in 1834 and he spoke at a special meeting in the Ithaca Presbyterian Church and aroused the congregation to such a high pitches that it was proposed that Parker go to Oregon to select mission sites. This time Parker was able to get the support of the American Board for the undertaking.

Knowing little more about the Pacific Northwest than its general direction, Parker set out in the spring of 1834; but he and two companions first visited at St.Louis, Missouri, United States too late to accompany the fur-traders' annual caravan to the Rockies. It was risky to undertake the trip alone, so Parker returned to New York to raise money and recruits for the next year. In December 1834, he reported to the American Board that a Dr. Marcus Whitman had volunteered to serve as a medical missionary.

In 1835, Parker and his new recruit Dr. Marcus Whitman joined the fur-traders' caravan and headed westward. Not until cholera had broken out and Dr. Whitman's medical skill had prevented disaster in the caravan did the unholy traders appreciate having the missionaries in their group. On Aug 12, the party reached the fur-trading rendezvous, which was held that year near the junction of Horse Creek and the Green River in Wyoming. There, once again Whitman was able to display his medical skill. This exhibition of competence was not lost on the Nez Percé and Flathead. He and Whitman talked to them and found that they were indeed anxious to have missions.

The First Presbyterian Missionary in Oregon

During the winter of 1835 to 1836, Parker was a guest at the Hudson's Bay Company's fur trade outpost on the Columbia River, Fort Vancouver. He was the first Presbyterian missionary in what would become the state of Oregon. Parker would then seek out locations for the establishment of missions in the region. He traveled through the Willamette Valley and Lower Columbia Valley to select sites that were later used by the missionaries of the American Board for Foreign Missions. To get the missions established by the next year, Whitman decided to return east and organize volunteers for the new field. Parker was to continue on to Oregon, explore for mission locations and meet Whitman's party when it reached the rendezvous the next summer. Samuel Parker then left the region by ship, sailing first to the Sandwich Islands and then around Cape Horn to the Eastern Seaboard.

Samuel Parker returned to home town at New York and informed the Board of the best sites for missions and he was then rejected for missionary work for the board due to his advanced age. He published a book in 1838 describing his journey to Oregon in, Journal of an Exploring Tour beyond the Rocky Mountains. He scouted locations for missions, including a location for the Whitman Mission in present Washington State and traveled with Dr. Marcus Whitman. Samuel Parker died on March 21, 1866, and was buried in Ithaca, New York.

An excellent review of the early geological explorations in the Green River Basin, written by Knight (1955) quotes Rev. Samuel Parker's journal which contains a description of the geography, geology and climate of the area. Of the Sweetwater Valley, Parker wrote, "The geology presents some variety, for while the main ridge of the mountains is granite, yet today parallel ridges of red wacke have abounded". "I have had an interview with the Rev. Samuel Parker upon the subject of Missions and have determined to offer myself to the A. M. Board to accompany him on his mission or beyond the Rocky Mountains" Said Dr. Marcus Whitman.
Missionary Biography