July 30, 2012
Dr T H Somervell, (1890–1975), a Surgeon, Mountaineer, Painter and Medical Missionary who was a member of two expeditions to Mount Everest in 1922 and 1924, was born on April 16, 1890 in Kendal, Westmorland, England. He spent nearly 40 years working as a missionary doctor in India. He was awarded an Olympic Gold Medal by Pierre de Coubertin for his achievements in mountaineering (Alpinism) in 1924. He played a vital role in introducing modern medicine to South India as the leading light of Neyyoor Hospital, South Travancore Medical Mission, set up by London Missionary Society (LMS) in a remote village near Nagarcoil in Kanyakumari, Tamil Nadu. 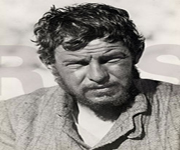 Theodore Howard Somervell born on April 16, 1890 in Kendal, Westmorland, England, the eldest of three children and elder son of William Henry Somervell of Brantfield, Kendal and Florence Howard of Bickley. His father was a well-off family which owned a shoe-manufacturing business. He was attended a co-educational day and boarding school, located in the town of Rugby, Warwickshire, England for his early education. At the age of eighteen, he joined the Fell and Rock Climbing Club, beginning an interest in climbing art and mountaineering which would last a lifetime. After completing his schooling, he studied at Gonville & Caius College, Cambridge where he developed his strong Christian faith and gained First Class Honours in the Natural Sciences Tripos. He then began training as a surgeon at University College Hospital; eventually graduating in 1921. After his training, he had been interrupted by the First World War.In 1925, Somervell married Margaret, daughter of Sir James Hope Simpson, Director of the Bank of Liverpool.

During World War I

Between 1915 and 1918, Somervell served in France with the Royal Army Medical Corps. He was commissioned as a Lieutenant with the West Lancashire Casualty Clearing Station on May 17, 1915, having previously been a member of the University of London Officer Training Corps. He was mentioned in Dispatches, but the horrors of the war had a profound effect on him. During the Battle of the Somme in 1916, he was one of four surgeons working in a tent, while hundreds of wounded men lay dying on stretchers outside. On short breaks from surgery, he spoke with some of the dying men and noted that not one asked to be treated ahead of the others. The experience turned Somervell into a pacifist, a belief he continued to hold for the rest of his life. He resigned his commission in 1921, by which time he held the rank of captain.

By 1922, Somervell had shown himself a capable climber in the Lake District and the Alps, where he climbed in particular with Bentley Beetham, a climber, photographer and ornithologist from Darlington. Somervell was invited to join the 1922 British Everest expedition. During the expedition, on June 07 1922, Somervell was part of a party of four British climbers leading fifteen Sherpas through waist-deep fresh snow on the slopes below the North Col and an avalanche occurred, killing seven Sherpas. Somervell was shocked, and felt great guilt that it was the Sherpas who had paid the price for the poor judgement of the British climbers.

After the expedition, Somervell set out to see India, travelling from the far North to Cape Comorin. He was shocked by the poverty and he saw poor medical facilities. At the main hospital of the South Travancore Medical Mission in Neyyoor he found a single surgeon struggling to cope with a long queue of waiting patients and immediately offered to assist. On his return to Britain, he abandoned his promising medical career and announced his intention to work in India permanently after his next attempt on Everest. Most of his famous paintings sold today are from his travels in various part of India.

In 1924, he returned to Everest for second expedition. Throughout the expedition he was dogged by a painful throat, hacking cough and occasional difficulty breathing, but remained one of the strongest members of the team. The team had reached an altitude of 8570 m; a record which would not be broken until 1952. He was awarded an Olympic Gold Medal in Paris by Pierre de Coubertin for his achievements in mountaineering (Alpinism) in 1924.

At the age of 32, Dr.T.H.Somervell came to India as part of the British expedition to Himalayas in 1922. Though the expedition failed, he remained back for an extensive India tour, taking him to places like Delhi, Saranath, Benaras and finally to Neyyoor. During his tour, he stayed for a fortnight with Dr.S.H.Pugh in the year 1922 at Neyyoor, in Kanyakumari District, Tamil Nadu, India, where Dr.S.H.Pugh performed many surgeries. Dr.Somervell was very much impressed by the work done by Dr.S.H.Pugh alone. Seeing the great need at Neyyoor, Dr. Somervell decided to come to Neyyoor as a Medical Missionary. This was revealed later by Dr.Somervell himself when he wrote as "In fact, it was due to a ten days sojourn at Neyyoor in 1922 that I had decided to spend the best part of my life at that very place where the need seemed to be great and the supply seemed hopelessly inadequate".
Read about Rev.Charles Mead who started the Neyyoor Mission

Dr.T.H.Somervell joined as a staff of the Medical Mission, Neyyoor in the year 1923. Neyyoor is a village situated one Kilometer from Monday Market on Trivandrum Colachel Highway in Kanyakumari District. With his arrival, the input of patients had tremendously increased and the need for additional place for accommodation was felt by the two doctors. Dr.T.H.Somervell also brought one x-ray unit for Neyyoor Hospital and new wards were constructed. Both the x-ray and accommodation facilities attracted a large number of people from all over Travancore and also from the neighbouring provinces. His dedicated and untiring long hours in the Operation Theatre with great skill, he made this hospital known far and wide in the country. He saw the high incidence of oral cancers and the need of Radium Treatment and started Radium Wards. The Operation Theatre of that time had gallery to help other surgeons.
After Somervell's joining in South Travancore Medical Mission, he played a vital role in introducing modern medicine to South India as the leading light of South Travancore Medical Mission set up by London Missionary Society (LMS) in Neyyoor, a remote village of Kanyakumari District, Tamil Nadu, India. This became one of the largest missionary hospitals in the world. He was also an early pioneer of the treatment of leprosy, which until that time had been considered incurable.
Somervell also performed hundreds of surgeries every month during a period when operations were rare and the survival rate thin. After long and fruitful years at Neyyoor, he retired in 1945. Then he came back to Neyyoor in 1948 and took over Superintendent of Medical Mission and Chairman of the Medical Board.
In 1949, he went to Christian Medical College, Vellore in Tamil Nadu to share his experiences with doctors and students where he became an associate professor of surgery at Christian Medical College, Vellore, Tamil Nadu, India and he hold post until his retirement in 1961. In 1953, New Year Honours, he was appointed an Officer of the Order of the British Empire (OBE). On his retirement in 1961, he returned to England and was President of the Alpine Club for three years.

Somervell painted many hundreds if not thousands of paintings and has been described as a compulsive sketcher and painter. The Himalyan Club identified some 600 titles, 200 plus of which were representations of the Himalaya or Tibet. One hundred and twenty six of these relate to the 1922 and 1924 expeditions, many of which were exhibited at The Royal Geographical Society in April 1925 and at the Redfern Gallery, London in 1926. He exhibited almost annually at the Lake Artists Society (LAS) exhibitions in the English Lake District after his return to England. His paintings of the Himalaya and of Westmoreland were exhibited at the Abbot Hall Gallery in April 1979.

In 1924, he was one of twenty-one recipients of a Gold medal awarded at the Winter VIII Olympiade in Chamonix for achievements in mountaineering. Pierre de Coubertin, founder of the modern Olympics admired the ethos behind mountaineering and wanted to recognise exceptional achievements with an Olympic medal. His work as a doctor in India was officially recognised in 1938 and he was awarded a Kaisar-I-Hind Medal.

Utradom Thirunal Marthanda Varma, Head of the Travancore Royal family, recalled that the British surgeon was very busy but never failed to attend to the medical needs of the royal family members on their demand. Travancore at the time was a princely State and present Kanyakumari District of Tamil Nadu, India, the nerve centre of the work of LMS, was part of it. He also said that Somervell worked at LMS hospital in Neyyoor, now in Kanyakumari district. Besides his expertise as a surgeon, his kindness and compassion made him a revered figure. "Somervell used to visit our palace and attended to us whenever we requested. He was very popular in Travancore. I still remember that he treated me also once when I suffered from tonsillitis when I was a boy," told Maharaja, Marthanda Varma.
You can visit Maharasan Vedamanickam who was the pioneer Protestant Christian in Travancore
Missionary Biography