LOCOG calls prayer and bell ringing to kick off Olympics 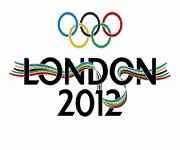 Churches across the United Kingdom are being called to pray and ring their bells on the first day of the Olympics. LOCOG is asking people to ring bells for three minutes and is encouraging "any bell, anyone, anytime". More Than Gold, the group spearheading church outreach during the 2012 Games, is asking churches everywhere to ring their bells and pray "for GOD's Kingdom to come and for a turning to come in our nations".

The London Organising Committee of the Olympic Games (LOCOG) is asking people to ring bells for three minutes, starting at 8:12am on July 27th, 2012. It will also be an opportunity to celebrate the end of More Than Gold's 70-day prayer relay, which accompanied the Olympic torch relay. Batons containing prayers have been handed over from community to community and as the torch and the prayer relay have travelled through each area, individuals and churches have taken time to pray for the Games and those involved, as well as for their own communities. Church leaders are encouraging everyone to get involved in this unique event.


"The head of mission for the Baptist Union of Great Britain, Rev.Ian Bunce, said: "This is an opportunity to be part of a prophetic act, a turning point which will shape the future of our nation. Let's make a noise, talk about GOD, pray for peace, pray for reconciliation and commit to love GOD's world and his people." Lt Colonel Ivor Telfer of The Salvation Army, said: "London 2012 has presented the churches and the nation with a wonderful opportunity for positive community engagement. The Salvation Army is delighted to join with this initiative to pray for success and safety for all involved."