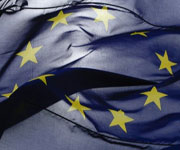 A recent poll that surveyed over 51,000 people across 57 countries reveals that atheism is on the rise globally by almost 10 per cent, with several Asian and European nations experiencing the most growth. Most of the world's population, however, still considers itself religious. Women were found to be slightly more atheistic than men, with 14 per cent of women respondents saying they are convinced atheists, compared to 12 per cent of men. Those with a university degree were more likely to be atheists (19 per cent), while seniors over 65 years of age were the most religious, at 66 per cent.

People were asked one question: "Irrespective of whether you attend a place of worship or not, would you say you are a religious person, not a religious person or a convinced atheist?" – and according to the Red C Opinion Poll, 13 per cent of all respondents said they are convinced atheists. Although that number is still smaller than the 59 per cent of religious and 23 per cent of non-religious people, it is close to 9 per cent higher than the previous survey in 2005. "There is a notable decline across the globe in self-description of being religious," a press release on the poll noted.


The country that reported one of the highest numbers in the loss of religion was Ireland, which went from 69 per cent in 2005 to 47 percent in 2012 in terms of people saying they are religious. Although the poll did not speculate the reasons for this change, the Roman Catholic Church, which many Irish people belong to, has been embroiled in long-standing child abuse scandals in recent years.