CSW calls for investigation after Pastor Assassination in Colombia 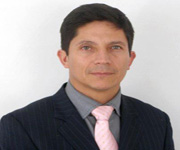 A Christian human rights agency is calling for a full investigation into the murder of protestant Pastor Henry Rodriguez, 44, who was shot dead as he left his church in Bogota, Colombia. The killing occurred during the afternoon of September 16. According to a news release from Christian Solidarity Worldwide (CSW), Rodriguez was a leader at the United Pentecostal Church in the Marsella neighborhood in the Kennedy sector of Bogota. The reasons behind the assassination are unknown, however, according to local press reports; witnesses said the murder was carried out by what appeared to be professional hit men.

CSW said Rodriguez was shot multiple times by two men on a moped, a method commonly used in professional hits in Colombia. Hospital staff were unable to resuscitate him. While the assassination of a pastor is extremely unusual in Bogota, CSW said countrywide church leaders are frequently targeted by illegal armed groups. CSW's long-term partners in Colombia, the Colombian Council of Evangelical Churches (CEDECOL) Peace Commission, estimate that on average 20-30 church leaders are assassinated each year.


In general, CSW said, leaders are targeted because of their refusal to cooperate or support the objectives of the illegal armed groups. However, Rodriguez had not reported receiving any threats prior to Sunday's events. CSW said Rodriguez, who was on course to graduate in October from the Baptist Seminary in Cali, is survived by his wife and three children.


In a statement released by the United Pentecostal Church of Colombia, Vicente Arango, Director of Missions, said in the news release, "Our heart is troubled by the departure of our brother, companion and faithful friend. Our brother Henry Rodriguez left for the King's palace. Now he awaits the joyful words of our beloved Lord, 'Well done, good and faithful servant; you were faithful over a few things, I will make you ruler over many things. Enter into the joy of your Lord."


Mervyn Thomas, Chief Executive of CSW, said, "We were devastated to learn of the assassination of Pastor Henry Rodriguez on Sunday evening and are extremely concerned at the fact that the assassination was carried out so brazenly in the capital city on the steps of the church in front of many witnesses." He added, "We encourage the Colombian authorities to ensure that a full investigation into the murder of Pastor Rodriguez takes place soon and that those responsible are brought to justice. We also offer our condolences to his wife, Sara, and their three children."