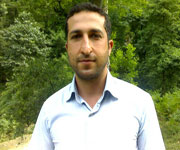 Pastor Youcef Nadarkhani, an Iranian pastor sentenced to death for apostasy has been acquitted and released, according to Christian Solidarity Worldwide. CSW, which supports the persecuted church, has been informed that Pastor Youcef Nadarkhani has been freed from prison and is now at home with his family. Pastor Nadarkhani made an appearance in court today during which the apostasy charges against him were dropped. However, he was found guilty of evangelising Muslims and sentenced to three years in prison.

Pastor Youcef Nadarkhani was released immediately because he had already served this time in prison, after being held behind bars since the apostasy charges were first levelled against him in 2009. He was arrested in his home city of Rasht after he questioned the Muslim monopoly of religious instruction for children, which he felt was unconstitutional. He was sentenced to death for apostasy the following year. Then in 2011, the Supreme Court said the charges would be dropped if he converted to Islam, something Pastor Nadarkhani refused to do.


CSW had expected the pastor to face new charges in court today for unspecified crimes, but he was instead released. It's Chief Executive, Mervyn Thomas said he was delighted over Pastor Nadarkhani's release. "We commend the Iranian judiciary for this step, which is a triumph for justice and the rule of law," he said.


"While we rejoice at this wonderful news, we do not forget hundreds of others who are harassed or unjustly detained on account of their faith, and CSW is committed to continue campaigning until all of Iran's religious minorities are able to enjoy religious freedom as guaranteed under the International Covenant on Civil and Political Rights, to which Iran is party."