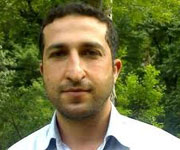 Release International has welcomed the release of Iranian Pastor Youcef Nadarkhani but criticises restrictions on religious freedom in Iran. Pastor Nadarkhani was released from prison at the weekend after spending three years behind bars for apostasy. An Iranian court judge dropped the apostasy charge during Saturday's hearing but sentenced him to three years in prison for evangelising Muslims. He was released immediately as he had been held in prison since his arrest in 2009.

Release International, an international organization for monitoring and reporting persecution of Christians around the world and helping the victims of that persecution, spoke of its "joy" at the release of Pastor Nadarkhani but added that there was "still much to campaign for" as other Christians remain behind bars. "Release is delighted Pastor Nadarkhani has been set free," said Release UK director Colin King. "We congratulate Iran for accepting that the death penalty for apostasy is a step too far. After repeatedly threatening to take this man's life, the courts have now done the right thing in letting him go.


"This decision reveals again the power of prayer and the effectiveness of active campaigning. But we must still recognise that a man has been sentenced to three years simply for sharing his faith. "The Iranian government is increasingly hostile towards Christians, and while other believers remain behind bars in Iran there is still much to campaign for."


Another pastor, Behnam Irani, is also in jail for similar charges. Release said the married father of two has difficulty walking and seeing as a result of repeated beatings in prison. He was convicted of 'crimes against national security' in January last year and was given a six-year sentence.