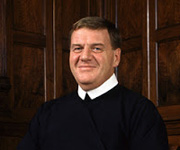 Archbishop Joseph William Tobin was appointed to the Roman Catholic Archdiocese of Indianapolis by Pope Benedict XVI on Oct. 18. Indianapolis is a city located in the Midwestern United States and is the capital of the US state of Indiana. Archbishop Tobin is taking over leadership of the Indianapolis archdiocese from Archbishop Daniel M. Buechlein, who resigned Sept. 21, 2011 at the age of 73 after numerous health problems. Since Archbishop Buechlein's resignation, auxiliary Bishop Christopher J. Coyne has served as apostolic administrator of the archdiocese.

The Detroit-born Archbishop Tobin was ordained a priest for the Redemptorist Fathers in 1978. He served in American parishes until 1991, when he was given a position in Rome with the order. He was superior general of the order from 1997 until 2009. Since August 2010, Archbishop Tobin has been Secretary of the Congregation for Institutes of Consecrated Life and Societies of Apostolic Life, the dicastery which oversees men and women religious. He speaks several languages including Spanish, Italian, French and Portuguese. He will be installed as Archbishop of Indianapolis on December 3, the feast day of St. Francis Xavier, the patron saint of the archdiocese at Saints Peter and Paul Cathedral in Indianapolis.


The Archdiocese of Indianapolis serves nearly 228,000 Catholics in 147 parishes in Central and Southern Indiana.