Are Christians persecuting in Iran? 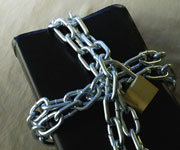 Two more house church members have been arrested in the Iranian city of Shiraz. They belong to a Church of Iran house church that was raided on 12 October by security forces. Seven members were rounded up during the raid and taken to an Intelligence Ministry detention centre. Afsar Bahmani and Massoud Rezaie were detained after receiving a summons to the detention centre. Mrs Bahmani was present during last week's raid but was not detained at the time. She and Mr Rezaie are converts and long standing Christians.

Persecution of Christians in Iran

Christian Solidarity Worldwide (CSW) says there has been a sharp increase in the harassment and persecution of Christians, particularly converts. It has received reports that another member of the Church of Iran, Pastor Benham Irani, remains in critical condition in Ghezel Hesar Prison, where he has been denied adequate treatment for severe stomach ulcers and colon complications. The organisation is concerned that Mrs Bahmani, who suffers from heart and kidney complications, may also not receive adequate medical treatment.


CSW's Chief Executive Mervyn Thomas said the arrests of Mrs Bahmani and Mr Rezaie appeared to be part of a "renewed wave of arrests" of house church members in Shiraz. "The harassment and arrest of religious minorities solely on account of their faith contravenes international covenants to which Iran is a signatory, including the International Covenant on Civil and Political Rights (ICCPR), which guarantees the right to freedom of religion," he said.


"We call on the Iranian authorities to ensure that Mrs Bahmani and Pastor Irani are allowed access to specialist medical care and we also urge the Iranian Government to uphold the rule of law and to release all who have been detained on account of their faith immediately and unconditionally" added Thomas.