Assyrian Church of East not to merge with Roman Catholic Church 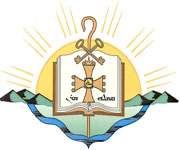 A senior Metropolitan of the Assyrian Church of the East (ACOE) Mar Aprem has denied "a possible merger" of his Church with the Roman Catholic Church. He said that the question of merger of the ACOE with the Roman Catholic Church did not arise at all. The metropolitan was reacting to reports in a section of media that a "possible merger' between the two Churches is in the offing.


"Merger between the Churches has never been a part of the ongoing dialogues with these churches," the metropolitan clarified in a statement in Thrissur, Kerala. ACOE, the earliest Christian congregations in the United States, had in May held its eight-day meeting in Chicago. The Synod took up the key issue of resumption of theological dialogue between the Roman Catholic Church and ACOE, which flourished in West Asia. The dialogue between the Vatican and the ACOE began in 1985 with a view to ironing out the theological and liturgical differences between the two Churches.