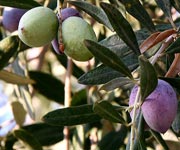 The head of the Vatican department for missionary work issued a message to millions of Catholics and the Communist Government in China, expressing hope for a fruitful dialogue. Published in Italian, English and Chinese and titled Five years after the publication of Benedict XVI's Letter to the Church in China, the 2,500-word message by Prefect Cardinal Fernando Filoni of the Congregation for the Evangelization of Peoples carries a firm but cordial tone.


Its publication comes as the National Congress of the Chinese Communist Party prepares to convene on November 8 and give birth to the fifth generation of its leadership. Though "dialogue" seems to be the catchword, appearing 21 times in the Chinese version of the text, the cardinal's message remains firm on the basis of the Pope's letter, which he says is predominantly religious in nature, and does not avoid mentioning the persecution faced by Chinese Catholics.


Cardinal Filoni, who headed the Holy See Study Mission in Hong Kong to research the life of the China Church from 1992-2001, highlighted "three recent stumbling blocks" that have hindered Sino-Vatican relations: the control of the state over the Church; the appointment of Chinese bishop candidates and the interference of illegitimate bishops in episcopal consecrations. He also raised concern over the lack of religious freedom.


"Concretely, the situation remains serious. Some bishops and priests have been segregated and deprived of their liberties, as the case of Bishop Thaddeus Ma Daqin of Shanghai has clearly demonstrated," he wrote. The Italian prelate concluded his message by calling for a better understanding of the papal letter, a text in which Catholic doctrine, political vision and the common good are wedded, while adding that the Holy See "is waiting for a response."