Justice Naidu Commission given notices to 55 people in Kandhamal riots 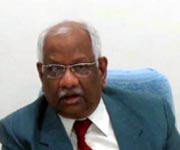 Justice A S Naidu Commission probing into the 2008 killing of Hindu religious leader Swami Laxmanananda Saraswati in Kandhamal and the subsequent communal riots in the backward Odisha district has sent notices to as many as 55 individuals to appear before it and record their statements. They commission said can make their appearance either personally or through their lawyers.


Justice Naidu, a former judge of the Odisha High Court was recently appointed by the State Government to head the Commission after the demise of Justice S C Mohapatra who was heading the commission since 2008.


Justice Mohapatra, who died in May this year due to illness, could not complete the inquiry and failed to submit his final report though he had given an interim report in 2009. The unprecedented communal riots in Kandhamal had claimed more than 40 lives besides rendering thousands homeless.


Many who fled the backward district during the communal frenzy are yet to return home. The crime branch of the State Police had also conducted an investigation into the killing of Saraswati and the subsequent riots separately. The crime branch had held Maoists operating in the district responsible for the killing which had triggered the riots.Text


Many people were arrested in connection with the riots on the basis of the crime branch investigation. The trial on the riot cases are still on in two special courts set up in Kandhamal.