Why Cross inside the Apple logo? 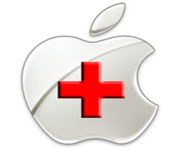 Christians from Russia's Orthodox community are reportedly demanding that the country's Apple division remove the famous half-bitten apple logo from its products and replace it with a cross, because they find the apple image offensive to their beliefs. In popular culture, an apple is often used to represent the fruit that Adam and Eve ate from the Tree of Knowledge when tempted by the devil, as found in Genesis 3 in the Bible – although the exact type of fruit is not mentioned in Scripture.

Cross inside the Apple

Still, conservative Christians in Russia have insisted that the logo should be removed and replaced with a cross, Xbitlabs.com reported from a translated article from Interfax news agency. The Russian conservatives may get their way and force Apple to change its logo because of new laws being proposed in the country's parliament on blasphemy and insults targeting religious, spiritual, or national values.


It is expected that President of Russia Vladimir Putin will back the laws, especially since the Russian Orthodox Church heavily supported him during his election campaign in 2012. Besides replacing the logo, conservatives may even stop Apple product sales in Russia if they manage to convict the company of committing anti-religious deeds.


Apple's iconic symbol has been in use in one form or another for over 35 years. The first bitten apple silhouette was introduced in 1976 and has undergone a number of design changes to reach its current logo, which was introduced in 2003.


The Russian Orthodox Church has been quick to clamp down on any disrespect or rebellion against its authority. The church was a factor in having three members of the punk rock band Pussy Riot jailed for performing a song against President Vladimir Putin inside Moscow's main cathedral. Church officials have called on the all-female group to repent for their blasphemy and hooliganism.