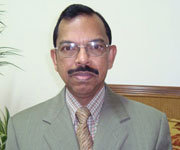 The brutal murder of Indian Christian, Dr. Rajan Daniel, 58, Urologist at Ahalia Hospital, Abu Dhabi in United Arab Emirates has shocked Christians abroad and at home. Mohamed Abdul Jamil, a 46 years old Pakistani national stabbed him to death and he died on the spot. According to reports, the hospital staff found his body in a pool of blood, with a deep wound in the throat. The police immediately stopped Jamil, who for the moment remains the only suspect. The victim leaves behind his wife and a daughter.


Mr.Sajan George, President of the Global Council of Indian Christians (GCIC), this murder indicates the fragility of the Christian community abroad and denounces the grave indifference of the Indian authorities before the brutal murder of a Christian.


Jamil was native to eastern Pakistan's tribal areas, but it is not clear what brought him to Abu Dhabi. The police believe that the murderer may have been a patient of the victim, but the causes of his action are still unknown.


Although it happened in the UAE, the President of the GCIC says the assassination of Dr. Daniel once again highlights the problem of growing fundamentalism and the radicalization of Indian society. These elements, said Sajan George, "are putting lives, property and public liberty and private life of the Christian community in danger" in addition to "affecting the development of the nation, in particular the well-being of the poor and marginalized."