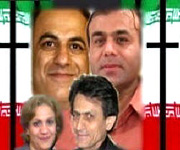 An Iranian Assembly of God pastor and three ministers have each been sentenced to a year in prison for preaching Christianity. According to Iranian Christian news agency Mohabat News, their trial was held on 15 October at Branch 2 of the Revolutionary Court in Ahwaz. The presiding judge was Seyyed Mohammad Bagher Mousavi. The four Christians, who had been arrested on 23 December last year, are the pastor of the Assembly of God church of Ahwaz, Farhad Sabokrouh, and his wife Shahnaz Jeizan, together with two other church ministers, Naser Zamen Dezfuli and Davoud Alijani.

Persecution of Christians in Iran

Mohabat News, whose website is banned inside of Iran, reported the Revolutionary Court said their charges were, "Converting to Christianity, inviting Muslims to convert, as well as propagating against the Islamic regime through promoting evangelical Christianity". Mohabat News said this was an initial sentencing, and there is an opportunity to appeal. The verdict issues by that court will be final.


According to reports received by the news service, Sabokrouh is not to hold any sort of church service or visit Christians in Ahwaz while free on bail. In addition, authorities have told him to leave his hometown of Ahwaz and he and his family have been exiled to Tehran.


Mohabat News said the church was raided as church members gathered for worship. Everyone there was arrested and transported by two buses to an undisclosed location. It stated that security authorities covered their faces during the raid and even arrested terrified Sunday school children. Eeveryone with the exception of the pastor, his wife and two of the church ministers was eventually released after interrogation, threats and the recording of their personal information. Those four detainees were transferred to a detention centre for further interrogation. They were released on bail of about $165,000 between 1 January and 21 February of this year.


Mohabat News said the Assembly of God church is under the watchful eye of Iranian authorities, who are aware of every activity occurring at the church. Speaking on condition of anonymity, sources told Mohabat News, "The reason behind this attack that interrupted Christmas celebration could be because church officials ignored warnings of the Ministry of Intelligence to the church." The agency said there is some disagreement whether it is the Ministry of Intelligence or the Revolutionary Guard which oversees issues dealing with Iranian churches and Christians.