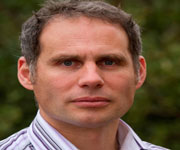 World Vision has warned that the UK's decision to stop aid to India will put the country's development at risk. International development secretary Justine Greening announced on Friday that the UK would end all financial assistance to India in 2015. Although the Indian economy is growing, World Vision said it would be "no easy task" for the government to lift so many people out of poverty in the short term.


David Thompson, Director of Policy and Programmes at World Vision United Kingdom said: "We agree that development aid to India needs to be phased out over the long term. "But the moment nearly half of India's children under five are stunted by lack of nutritious food. That is more than 60 million children, equivalent to the entire population of the UK.


"Unlike acute malnutrition during famine, which can be treated, children never recover from stunting. Their brains and bodies never fully develop making them much less likely to earn a decent income as adults." World Vision currently spends around £30 million a year on development in India. The Christian aid agency said it had no plans to scale this back "because of the extreme need that still exists".


Ms Greening gave no indication of whether a similar decision would be made on the aid budgets for other emerging economies. She made clear, however, that the nature of the UK's relationship with India had shifted from aid to trade. "India is successfully developing and our own bilateral relationship has to keep up with 21st century India," she said.