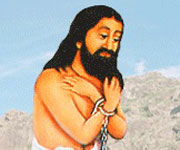 An 18th century Indian lay martyr, Devasahayam Pillai, is revered by devotees from all religions in the southern state of Tamil Nadu, India "To us, he is already a saint. Whenever we have difficulties, we offer him prayers and get instant relief," said Anthoni Ammal, a 60-year-old from Muttom, in Kanyakumari district, who says she has been praying at Pillai's tomb in Kottar from childhood and has been blessed with several favors. Thousands of people like her eagerly waited Sunday, when the Vatican pronounced Pillai as 'Blessed.'


"It's a great moment not only for Kottar diocese but also for the devotees, cutting across caste and religion," said Fr Antony Gabriel, who has been heading the local committee working for the beatification process of Pillai. Pillai, an upper-caste Hindu convert to Christianity, was born on April 23, 1712. He was a member of the royal service and was close to King Marthanda Varma, then-ruler of Travancore. He converted to Christianity in 1745 under the influence of De Lannoy, the Commander-in-chief of the Travancore army and was baptized by Jesuit Fr R. Bouttari Italus.


His given name Neelakanda Pillai was changed to Lazer, but he became popularly known as Devasahayam (God's help). His wife, Bhargavi Ammal also became Catholic and she took the name Gnanapoo Ammal (Theresa). Their conversion antagonized upper-caste Hindus and King Marthanda Varma commanded Pillai to reconvert to Hinduism but he refused.


The king ordered his arrest in 1749, charging him with treason and espionage. He was imprisoned, tortured and finally banished to the Aralvaimozhy forest, a remote border area of Travancore. According to Church documents, en route to the forest, he was beaten daily, pepper was rubbed in his wounds and nostrils and he was exposed to the sun and given only stagnant water to drink. He was a Catholic for only seven years. In that short period, he was in prison for three years under severe persecution for witnessing his faith. Finally, he was shot dead in the Aralvaimozhy forest on January 14, 1752.


Bishop Peter Remigius of Kottar said Pillai's tomb at St. Francis Xavier Cathedral attracts large numbers of devotees. His life teaches "how to witness our faith," the bishop says. "While undergoing severe persecution, he never complained or was deterred. The spirit of evangelism was strong in him."