‘Drinking to become a sin for Kerala’ says Catholics 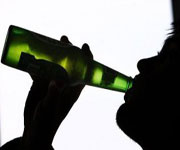 Alcohol consumption would become a sin for over 5 million Catholics in the state. The temperance commission of the Kerala Catholic Bishops' Council (KCBC), which has taken up the issue, also said that a person would also have to confess if he/she had consumed alcohol. The commission is also seeking a ban on employing people who drink in institutions run by the church.


The proposals form part of a 30-point draft liquor policy to be put up for discussion before the Kerala Catholic Council (KCC), an apex body comprising bishops, priests and the laity of the church.


"The panel was forced to take the extreme stand in view of the crisis the Kerala society is going through due to excessive drinking," Fr. P.J. Antony, secretary of the commission said. He said the draft proposals were based on the teachings of Bible and were also in tune with scientific studies that held alcohol as a cause for various physical and mental illnesses. "On the basis of the discussions, the liquor policy will be announced on February 2. The church believes this is its moral responsibility," he added.