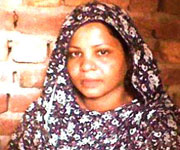 Italian Minister for Foreign Affairs Giulio Terzi has given instructions to its embassy in Islamabad to appeal to the Pakistani authorities on behalf of Asia Bibi. Bibi, a Christian, has been held since 2009 and condemned to death on the charge of blasphemy. According to a news release from Italy's Ministry of Foreign Affairs, this underscores the Italian government's expectation that the sentence would be revoked.


Sources at the foreign ministry said Terzi's intention was to add his voice to that of daily newspaper "Avvenire", which launched an appeal fully aligned with the efforts that Italy has been making since the start of the Asia Bibi issue. The news release said that hopes for her immediate release have been expressed to the Pakistani authorities.


Terzi personally expressed the same wish in his meeting with Pakistani Foreign Minister Rabbani Khar during the NATO Summit in Chicago. The news release said Italy has also been engaged in intense diplomatic efforts in support of Asia Bibi in Brussels within the framework of the strategic EU-Pakistan dialogue. Source Christian Today