Registration opens for Tenth Assembly of World Council of Churches 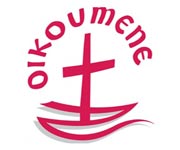 General registration and media accreditation is now open for the World Council of Churches (WCC) 10th Assembly to be held in Busan, Republic of Korea, from October 30 to November 08, 2013. The WCC assembly is the most diverse international gathering of Christians in the world and meets once every seven to eight years to set the future agenda of the council, elect governance officials and speak with a common and public voice on behalf of churches around the world.


Representatives from nearly all of the 349 WCC member churches, including members from Orthodox, Anglican, Protestant and United churches will attend. The Roman Catholic Church, which is not a member of the WCC, will also be represented. The assembly is a global church event and anyone interested in Christian unity and the common witness of the church is welcome.


The theme of the 10th Assembly, "God of life, lead us to justice and peace", is relevant for the context of a divided Korea. It also addresses the continuing violence and poverty around the world that disrupts societies and people. The assembly will be held at the Bexco Exhibition and Convention Center in Busan.