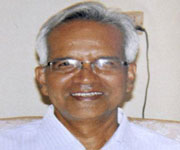 Christians in India urges a probe by the Central Bureau of Intelligence (CBI) into murder of Rev Fr KJ Thomas, rector of St Peter's Pontifical Seminary, Malleshwaram in Bangalore. Rev.Thomas was murdered in intervening night of March 31 and April 1 and there has been no progress in the case registered in Yeshwanthpur police station. It has been 23 days since the murder of Father KJ Thomas. With no word from the Police on who perpetrated the killing, a prayer meeting was held by the Christian voice forum at the St Francis Xavier Cathedral ground here on Tuesday, to appeal for speedy investigation by the city crime branch.


The meeting was solely held to assert more pressure on the Bangalore police authorities to take action as soon as possible, stated Amith Nigli, forum member. "It is very shocking that someone could enter a religious place and commit such a heinous crime on a priest," said Father Bernard Moraes, Archbishop of the Church of Karnataka, "The culprit must be found at the earliest, or it is going to give rise to many rumours and suspicions which we do not need right now." Father Ronnie Prabhu said: "It isn't right to blame the police completely. Everything takes its own time, but we do need immediate answers and that's our only request to the authorities."


President of Karnataka Region Catholic Bishops' Conference (KRCBC), Father Archibald Gonsalves asked the crowd to fight for justice constantly. "Why is it taking as long as 23 days for them to catch the culprits?" he asked. "It was not just death that took him away, it was a murder and we need our answers." A memorandum was issued by the KRCBC to be presented to the State Governor seeking speedy investigation.