Church of North India to focus on Tribals’ development 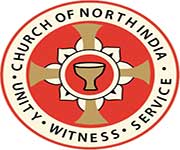 Pipalwada, a nondescript tribal village in Vyarataluka bordering the Dang, a district in the state of Gujarat in India, was the centre of attraction on Sunday April 7 when tens of thousands of Christian community members from across the state and neighbouring Maharashtra and Madhya Pradesh converged at 'EktaMohatsav' organized jointly by the Church of North India's (CNI) Gujarat Diocese and the Friends Missionary Prayer Band (FMPB). This was the first village in South Gujarat that had witnessed communal tension in 1996, two years before attacks on Christians in 1998.


It was a big day for the Protestant Christians in Gujarat. Around 210 churches constructed by the FMPB in south Gujarat since 2004, including Dediapada, Ahwa, Dang, Netrang, Uchhal, Dharampur, Vyara etc. were merged into CNI's Gujarat Diocese in the presence of the community leaders.


The tribal-dominated areas in south Gujarat, including Dang, Tapi and Surat, have come a long way after the communal unrest against Christians in 1998. More than two decades after the attacks, Christians are now feeling safe and secure with not a single incident of attack reported from the tribal-dominated areas. A sea of people gathered at Pipalwada village and they arrived by all means, including transport buses, luxury buses and private vehicles. Even the tribal villagers from the neighbouring Ahwa and Dang, too, had arrived to witness the historic event.


Bishop of Gujarat Diocese, (CNI) Reverend Silvans S Christian, while addressing the gathering, said, "We want to give a whole new identity to the tribal region in South Gujarat. Now since our strength has increased with the merger of 210 churches in the region, we want to focus on the holistic development of the region and its people."


Christian added, "There is an air of change blowing in these areas after what they witnessed in 1998. Ours is a big platform and we are committed to give all sort of assistance to Christian community members in tribal areas. We are also setting up youth development centres to empower youths, taking up health care activities and also developing animal husbandry."


Union Minister of State for Highways Dr. Tushar Amarsinh Chaudhary, who was chief guest at the function, said, "The missionaries of FMPB have really worked hard to protect the rights of the tribal Christians. It is due to their efforts that the Christians have got a new identity in these areas after the heinous attacks in 1998." Source Times of India