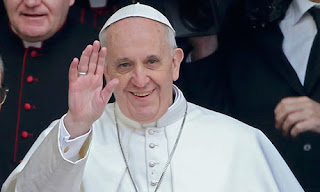 Pope Francis appealed for solidarity with those affected by the earthquake that struck Iran and Pakistan on Tuesday afternoon. In his appeal, which came during the course of the weekly General Audience on Wednesday in St Peter’s Square at the Vatican, Pope Francis said that he had “[L]earned with sadness of the violent earthquake that has struck the peoples of Iran and Pakistan, bringing death, suffering and destruction.”


Pope Francis went on to offer prayers to God for the victims and for all those who are in pain and to express his, “closeness to the Iranian and the Pakistani people.” Seismologists say the quake was the strongest to strike Iran in more than 50 years, though details about the extent of damage have been slow to emerge. Fars news agency said that the cities of Khash and Saravan, both less than 150 km from the epicenter, suffered no serious damage. Across the border in Pakistan, authorities report that as manay as 34 people were killed and roughly 80 others injured in the Mashkel district of Balochistan province.


Before this, on 16, April, 2013, Pope Francis made a phone call on the morning to wish a happy 86th birthday to his predecessor, Benedict XVI. The Pope also sent greetings to Benedict’s brother, Msgr. Georg Ratzinger, who has been at Castel Gandolfo with the retired Pope for several days. The Pope also remembered his predecessor at morning Mass in the chapel of the Domus Sanctae Marthae.


“Today is Benedict XVI's birthday,” he said as he began the celebration of the Mass, inviting attendees to pray for the retired Pontiff. “We offer the Mass for him, so that the Lord be with him, comfort him, and give him much consolation,” Pope Francis said.