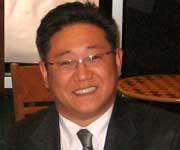 An American citizen Kenneth Bae sentenced for 15 years of hard labor for alleged hostile acts against the state, has started life a "special prison," in North Korea. He entered the prison Tuesday, the official Korean Central News Agency said in a short dispatch. Two South Korean experts on North Korean law said they didn't know what a "special prison" was. North Korea's official news agency has revealed that Bae, a 44-year-old naturalized U.S. citizen with family living in Washington State, entered prison on Tuesday, May 14, with no other details given on the location, name or specific type of prison, according to The Associated Press.


Bae, who was put on trial and sentenced in April, reportedly lived in China close to the Korean border and frequently led tours into the country. Bae was arrested Nov. 3, 2012, while with a group of tourists in the northeastern port city of Rason (Rajin). During his trips, Bae apparently also visited and fed orphans, a topic he may have mentioned during a sermon he gave at a Missouri church in 2009.


In his message, delivered in Korean and recorded on video, Bae apparently speaks of rallying Christians to prayer to help bring down the walls of division between the so-called hermit kingdom and the rest of the world.


He worked with a missionary team in North Korea, officially the Democratic People's Republic of Korea and had hoped to find among U.S. churches 300 volunteers to go to the country's Rason city to pray and worship.


At least five other Americans have been detained in North Korea since 2009. The others were eventually allowed to leave without serving out their terms, some after clemency missions by prominent Americans, including former presidents Bill Clinton and Jimmy Carter. Young leader Kim Jong Un has the power to grant special pardons under the North's constitution.


Washington has called for Bae's release, but there has been no sign yet that a high-profile American envoy is set to travel to North Korea. The human rights group Amnesty International has criticized Bae's lack of access to a lawyer. Pyongyang claims he confessed and didn't want an attorney present during his sentencing.