Showing posts from April, 2015
Show all

Turin Shroud goes on display at cathedral in Italy 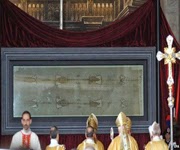 The Turin Shroud goes on display for the first time in five years on Sunday with more than a million people already booked in to view one of Christianity’s most celebrated relics. Devotees believe the shroud, which is imprinted with the image of a man who appears to have been crucified, to be the burial cloth of Jesus Christ. Sceptics are just as adamant that it is nothing more than a Medieval forgery which scientists have carbon-dated to around 1300 years after Christ supposedly died on the cross.
Post a Comment
More + 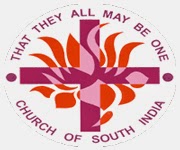 The Church of South India (CSI) has announced three new dioceses in Kerala after a special conference of the CSI synod which is the highest administrative body of the Church held in Chennai, Tamilnadu, India. CSI is the successor of the Church of England in India after Indian Independence. The CSI has redrawn the borders of its existing dioceses of North Kerala and South Kerala to form three new dioceses.
Post a Comment
More + 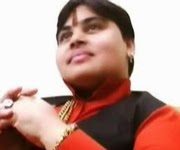 "The population of Muslims and Christians is growing day by day. To rein in this, Centre will have to impose emergency and Muslims and Christians will have to be forced to undergo sterilisation so that they cannot increase their number", says Vice President of "All India Hindu Mahasabha", Sadhvi Deva Thakur. She exhorted "Hindus to have more children and increase their population". She continued, "Idols of Hindu gods and goddesses should be placed in mosques and churches".
Post a Comment
More +
More posts