Dr.Duraisamy Geoffery Samuel Dhinakaran, was an Indian Evangelical Preacher and founder of the Jesus Calls Ministry, born on July 1, 1935 at Surandai in Tirunelveli District of Tamil Nadu, India. He attended St.John`s college, Palayamkottai and subsequently was awarded a Bachelor degree in Mathematics from Madras University in 1955. He had a very tough life being torn by the ailments of poverty and agony of unemployment. Unable to bear the agony of these problems, on February 11, 1955, Dr.D.G.S.Dhinakaran decided to put an end to his life. He started towards the nearest railway track in his village to throw himself before the speeding train when he was stopped by his uncle who introduced Jesus Christ. He experienced a sudden wave of divine peace and hope, flood his heart. His mind was transformed and he returned home enlightened. After this incident, things started happening in him supernaturally. There arose an unquenchable thirst in him to spend hours together poring over the life-transforming pages of eternal Truth - The Bible, discovering secrets that could revolutionize human life. He spent hours talking to God and sought Him with all his heart. In 1957, he joined and became an officer of the State Bank of India.


On October 9, 1962, he tarried at the feet of the Lord Jesus in prayer till midnight. He pleaded persistently. "Lord! Hear my prayer now and grant me Your power! Or else, slay me! I don't want to live as a powerless and phony Christian!" Next day dawned. On 10th October 1962! After an exacting day in the bank, he returned home at the night. Supper over, he joined the family prayers. He longed to have a glimpse of blessed vision of Jesus. The very next moment, a divine presence appeared in front of him! He was thrown into an ecstasy of joy. The Lord opened His eyes and with a radiant face, addressed him with a smile: "My beloved son! I am Christ! Because you have been seeking Me diligently, I have come seeking you Myself, to bless you". Yes! For three full hours he saw Lord Jesus face to face. The Lord gave His commission that has made his life a continual blessing to countless. "My son! People might have heard of My love, but they haven't tasted it. So, I pour My love and compassion in your heart! This love will console their broken hearts and heal their diseased bodies. You will be witness to the power of My Holy Spirit." With a glorious vision and words of assurance, God blessed Dr.Dhinakaran His servant profusely for persistently seeking Him.


Thus, the Jesus Calls Ministry came into being as a one-man ministry. he considered men and women from all over the world, irrespective of their caste, creed, race or language, as his own brothers and sisters. He considered their tears as his own and preached to them the love and compassion of Christ. He invoked the Lord's blessings and pleaded Him to perform miracles that will wipe away the tears of the multitudes. Apart from his job as a top executive in a bank, he devoted himself to God's ministry with utmost zeal. The power of Christ was manifest in his preaching and prayers. Jesus Calls Ministry spread far and wide. Today with God's grace, it has grown into a multi-faceted far-flung ministry, spreading the Good News to the world in 20 different ways. His wife Stella has stood with him in all his joys and sorrows and also extends her hand in the ministry of wiping tears of millions and building up broken homes. His son Paul has been working with him from the age of 18, when he received the call from the Lord. 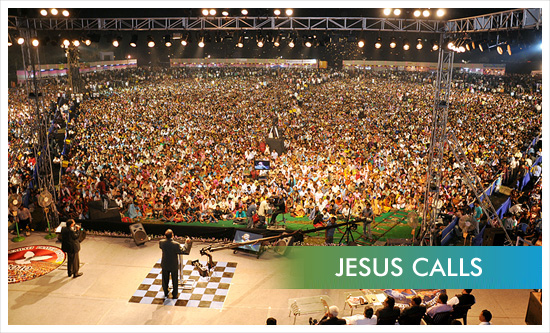 On October 10, 1962, Dr.D.G.S.Dhinakaran was anointed by the Holy Spirit. Since then, whenever he preaches and prays at public meetings, he displays a rare power of interpreting different languages and speaks the word of wisdom and knowledge. He also meets people personally and replies to letters sent to him by people who search for serenity and comfort in their lives. During the prayer time at public meetings, guided by the Holy Spirit within Him, he calls out the names of people who were in the crowd and exactly reveals their spiritual, mental, emotional and physical conditions. These people run to the dais and testify confirming what Dr.D.G.S.Dhinakaran said about their lives is true. In some meetings, he calls out a few people from the crowd and right before the huge crowd of over four hundred thousands and reveals their past, their present and foretells the future. People were amazed by the powerful acts of God. Hundreds of thousands of people write to him seeking solutions to problems that are beyond human comprehension. He was inspired by the Holy Spirit to send replies to all the letters he receives. Some problems were so critical that the lives of some people may depend on the answer that comes from above through him. On several occasions, His prayers have stopped a heavy downpour. Such was the power of his prayers that God answers it immediately. In the Jesus Calls office they have oceans of reports of people who have reported miracles that have transformed their lives. People born blind see, the lame who were carried to the meetings in stretchers were healed and they walk, people who were suffering from tumours and cancer were healed, physical ailments which have tortured people for more than a quarter century vanish in a trice!

On March 2, 1972, Dr.D.G.S.Dhinakaran delivered his first message from God to people over the FEBA Radio. In 1973, he went beyond the country to preach in Sri Lanka. Wherever Dr.Dhinakaran went, several thousands gathered in the fields and in the auditorium. In 1973, he started to touch the lives of the people through the written word. In May 1973, he released his first "Jesus Calls Magazine". Miracles started happening in people's lives through the written word. Besides magazines, Dr.D.G.S.Dhinakaran has written several books carrying the powerful messages of God. The book titled 'The Gifts Of Holy Spirit' which he wrote recently has become a bestseller and has set ablaze the spiritual life of millions. 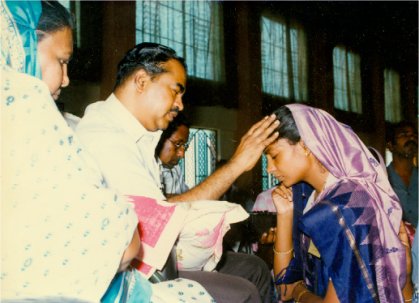 On 26.09.1977, the Lord Jesus appeared before him and commanded him to train up lay people like him to preach the Gospel. In obedience to this command, he started the 'Institute of Power Ministry' in Chennai in July 1980. Men and women from all parts of India and abroad hailing from different denominations undergo specialized training in practical Evangelism. In this training programme, the Lord anoints the trainees with His Holy Spirit, supernatural power and grace to carry the Good News of His love and compassion to the uttermost parts of the earth. Truly, these Evangelists now shine like stars in their churches as well as in the spiritual world. In the 1980s, he also started the video ministry by recording his powerful messages in video cassettes in Malaysia and today thousands of these cassettes were distributed all around the world carrying words of comfort, healing and deliverance to people. People have experienced healing from diseases, revelations and comfort from the Lord Jesus Christ through these cassettes.

On August 12, 1983, the Holy Spirit guided him to do something for those who are in need for prayer at any time of the day. Therefore he erected a 24 Hour Prayer Tower at Chennai, Tamilnadu, India. Today the Prayer Tower is a full-fledged Prayer Centre equipped with modern facilities. Specially chosen and trained Prayer Warriors endowed with the compassion of Christ, attend to such calls round-the-clock. They are also established in various parts of the world. On July 25, 1985, at 4 O'clock in the morning, the Lord Jesus Christ once again appeared before Dr.D.G.S.Dhinakaran and revealed about the plan for the young who want to join as partners in the Jesus Calls Ministry. That was how the Young Partners Plan came into being. On October 10, 1993, he launched the Bethesda Prayer Centre that became the faith-building centre to thousands of people who visit the place to take a look at the seven Stations of the Cross built there. People are convicted in their hearts as they see these stations and they are reminded of the great loving sacrifice that Christ has done for them, and are moved to tears.


The ministry of Dr.D.G.S.Dhinakaran took a great turn when he became active with the media. The Jesus Calls Ministry started to produce its own TV programmes in different private channels. On November 4, 1986, he inaugurated the Karunya Institute of Technology, a residential Engineering College with a strength of 2,800 students at Coimbatore, Tamilnadu, India. On May 21, 1986, a great tragedy struck this spiritual giant! That was his ultimate test of his faith. He lost his only daughter Angel Dhinakaran in a car accident on his way to the Karunya Institute of Technology, Coimbatore. He was shattered and forsaken. Even today, when he remembers her, he was filled with tears. Yet he did not give up. He recovered from the great shock and continues his ministry in wiping the tears of millions who are in need of Christ's love and compassion. 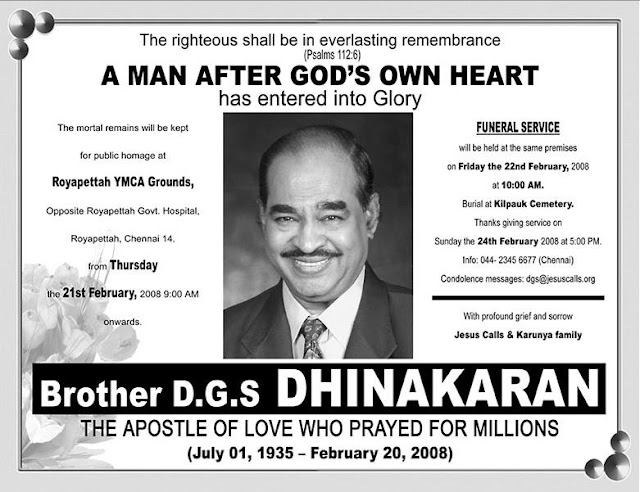 He was a man after God’s own heart, who healed millions of broken hearted people around the world through his prayers. His prayers were so powerful because the anointing that was in him was awesome. He also had the spirit of compassion in him which moved him to pray with tears for the suffering humanity. This great man of God, who was raised from a lowly state to pinnacles of glory and honour because of his obedience and faithfulness to the Lord Jesus Christ, slept in Him on 20.02.2008. In his death, the world has lost not only an eminent evangelist but also a humble human being who did exploits for the furtherance of God's Kingdom on this earth. While the Lord Almighty was pleased to take him Home to be with Him, his end in this world is nothing but the End of an Era. He was also called the "Apostle of India" in recent times and have organized many Christian meetings, prayer gatherings, which has drawn crowds up to 500000 people in many cities and towns of India 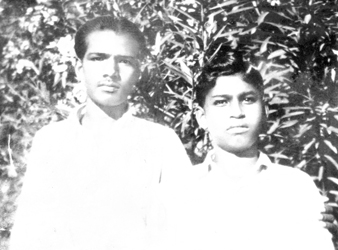 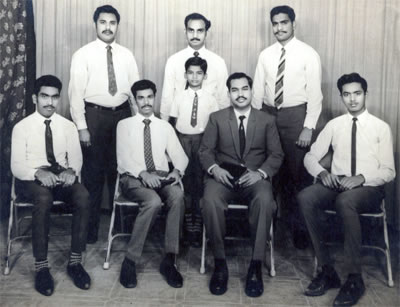 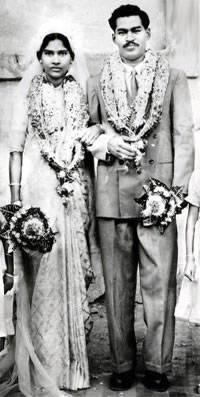 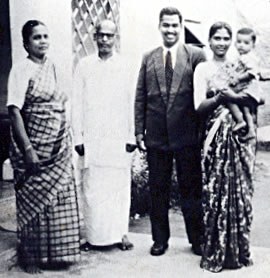 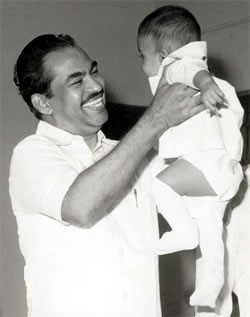 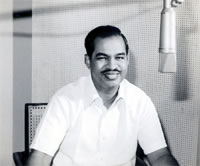 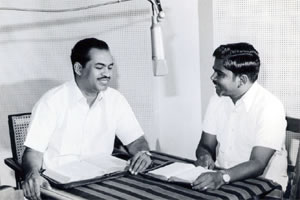 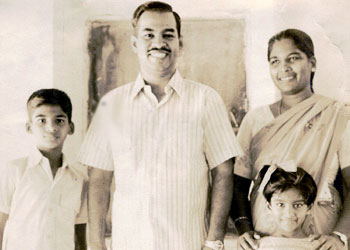 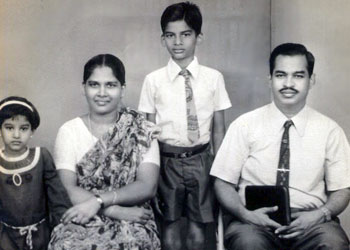 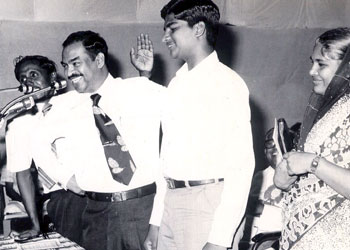 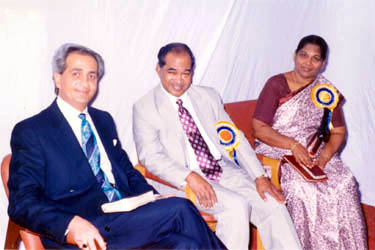