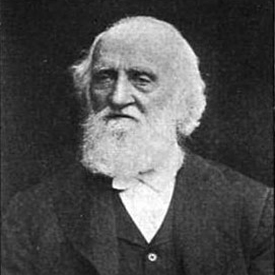 Caleb Cook Baldwin was one of the first Presbyterian Missionaries to China, born in 1820 at Bloomfield, New Jersey, United States of America. Caleb Cook Baldwin studied at the district schools of that town, later entered Princeton Theological Seminary. A few years after his graduation, he married Harriet Fairchild.

He was ordinated in 1848, he along with his wife, was sent to the Foochow post, the Southern East part of China with the American Board of Missions by the Presbyterian Church. He served as a missionary in China and he returned to America only three times, in 1859, 1871, 1885. In 1895, he came back to spend his last days near his old home at East Orange, New Jersey, where he died on 20th July 1911 due to heart failure.

His monumental works were the Alphabetic Dictionary of the Chinese Language in the Foochow Dialect (language) (with Robert S.Maclay) in 1870 and the Manual of the Foochow Dialect in 1871. In connection with his wife, he translated much of the Bible into Foochow Dialect and prepared text-books such as Catechism of Christian Doctrine. He spent 51 years at Foochow in China. He had nine children - William James Baldwin, George Henry Baldwin, Charles Alonzo Baldwin, Stephen Wilson Baldwin, Emma Eliza Baldwin, Charlotte Eliza Ann Baldwin, Jesse Baldwin, Caleb Hyrum Baldwin, Mary Ann Baldwin.
Missionary Biography