November 01, 2011
St. Thomas Mount is a small hillock located in Chennai, Tamil Nadu, India. St.Thomas Mount is associated with St. Thomas, the Apostle of Christ, who is believed to have been martyred here. The mount was originally named as Periyamalai in Tamil meaning the Big Mount, but is also commonly called in Tamil Parangi Malai. This word, derived from "Farangi", denoted Europeans in general and Roman Catholics in particular in the Tamil country.
Syrian Christians of India trace the origin of their church to the Apostle of St.Thomas who attained martyrdom here in Chennai nearly 2000 years ago. Over a period of time, this part of Chennai was populated predominantly by Anglo- Indian. A serene
and beautifulrelic-filled church built in 1523 by the Portuguese stands on top of this 300-foot hillock. Pope John Paul II visited St.Thomas Mount on 5th February 1986. 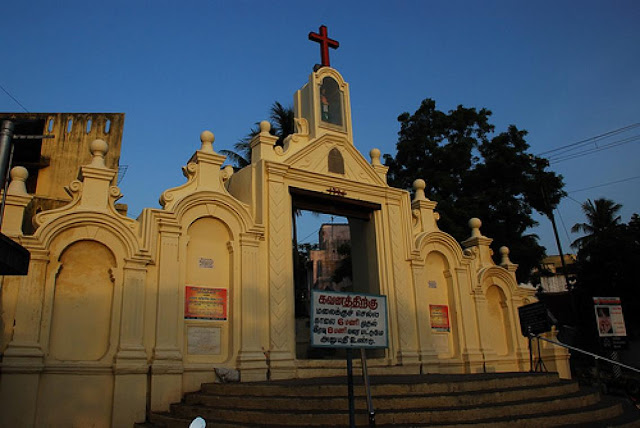