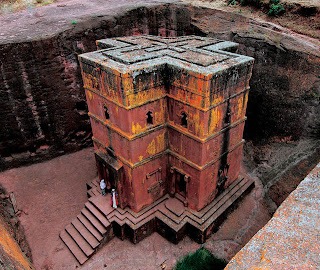 The 11 medieval monolithic cave churches of this 13th-century 'New Jerusalem' are situated in a mountainous region in the heart of Ethiopia near a traditional village with circular-shaped dwellings. Lalibela is a high place of Ethiopian Christianity, still today a place of pilgrimage and devotion.


The rock-hewn churches of Lalibela are exceptionally fine examples of a long-established Ethiopian building tradition. Monolithic churches are to be found all over the north and the centre of the country. Some of the oldest of such churches are to be found in Tigray, where some are believed to date from around the 6th or 7th centuries. King Lalibela is believed to have commissioned these structures with the purpose of creating a holy and symbolic place which considerably influenced Ethiopian religious beliefs. 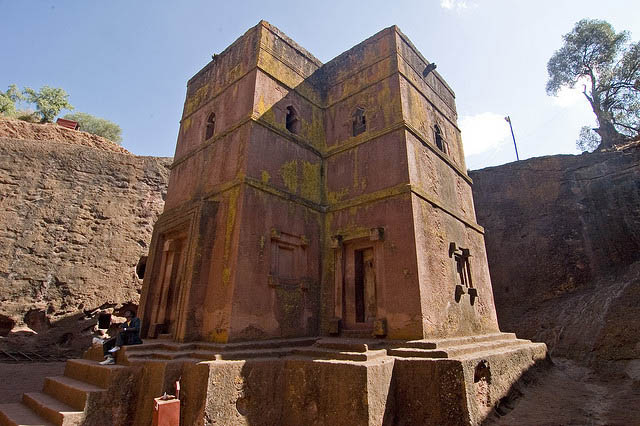 Lalibela is a small town at an altitude of almost 2,800 m in the Ethiopian highlands. It is surrounded by a rocky, dry area. Here in the 13th century devout Christians began hewing out the red volcanic rock to create 13 churches. Four of them were finished as completely free-standing structures, attached to their mother rock only at their bases. The remaining nine range from semi-detached to ones whose facades are the only features that have been 'liberated' from the rock. 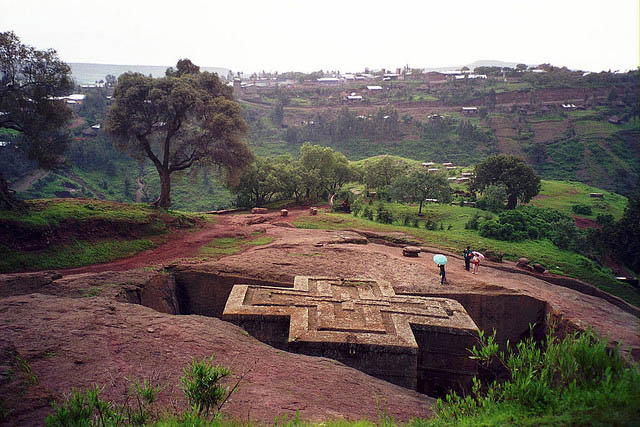 The Jerusalem theme is important. The rock churches, although connected to one another by maze-like tunnels, are physically separated by a small river which the Ethiopians named the Jordan. Churches on one side of the Jordan represent the earthly Jerusalem; whereas those on the other side represent the heavenly Jerusalem, the city of jewels and golden sidewalks alluded to in the Bible. 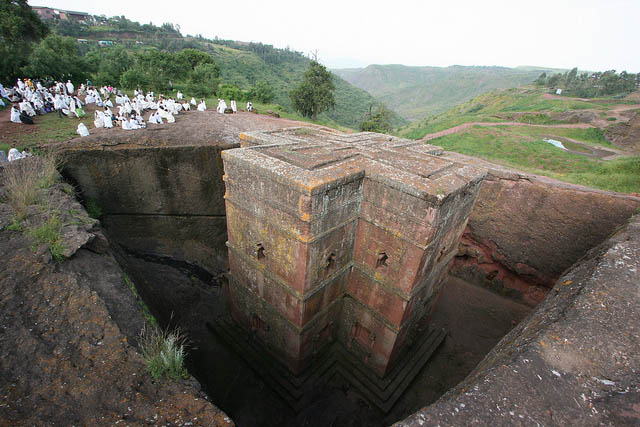 It was King Lalibela who commissioned the structures, but scholars disagree as to his motivation. According to a legendary account, King Lalibela was born in Roha. His name means 'the bee recognizes its sovereignty'. God ordered him to build 10 monolithic churches, and gave him detailed instructions as to their construction and even their colours. When his brother Harbay abdicated, the time had come for Lalibela to fulfill this command. Construction work began and is said to have been carried out with remarkable speed, which is scarcely surprising, for, according to legend, angels joined the labourers by day and at night did double the amount of work which the men had done during the hours of daylight. 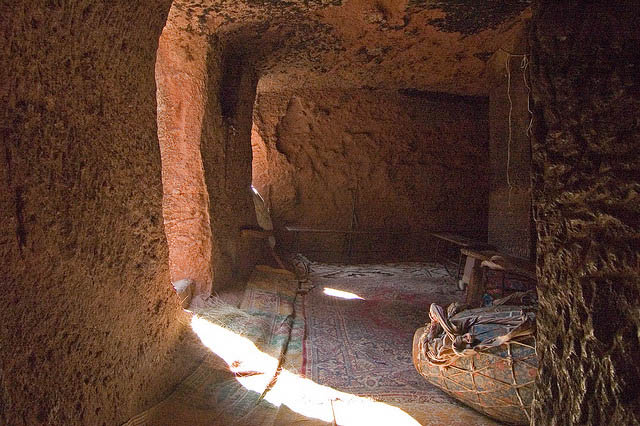 Like more episodes in the long history of this country, there are many legends about this king. One is that Lalibela was poisoned by his brother and fell into a three-day coma in which he was taken to Heaven and given a vision of rock-hewn cities. Another legend says that he went into exile to Jerusalem and vowed that when he returned he would create a New Jerusalem. Others attribute the building of the churches to Templars from Europe. 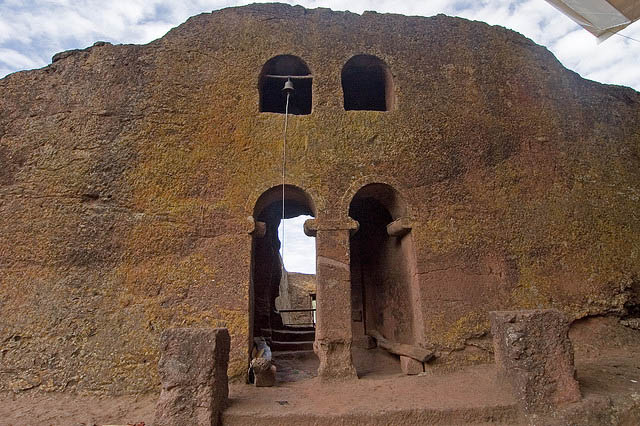 The names of the churches evoke hints of Hebrew, a language related to the Hamo-Semitic dialect still used in Ethiopian church liturgies: Beta Medhane Alem (House of the Saviour of the World), Beta Qedus Mikael (House of St Michael) and Beta Amanuel (House of Emmanuel) are all reminiscent of the Hebrew beth (house). In one of the churches there is a pillar covered with cotton. A monk had a dream in which he saw Christ kissing it; according to the monks, the past, the present and the future are carved into it. The churches are connected to each other by small passages and tunnels. 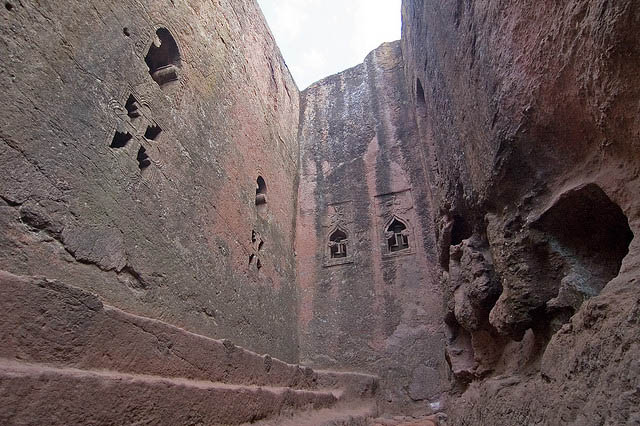 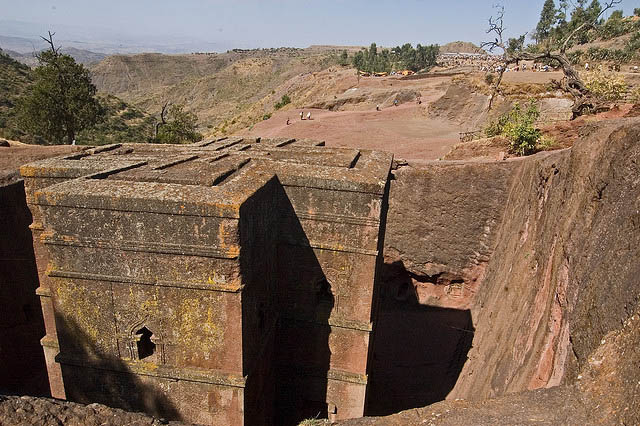 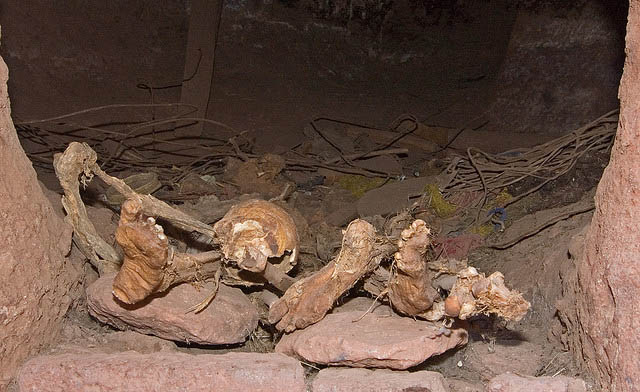 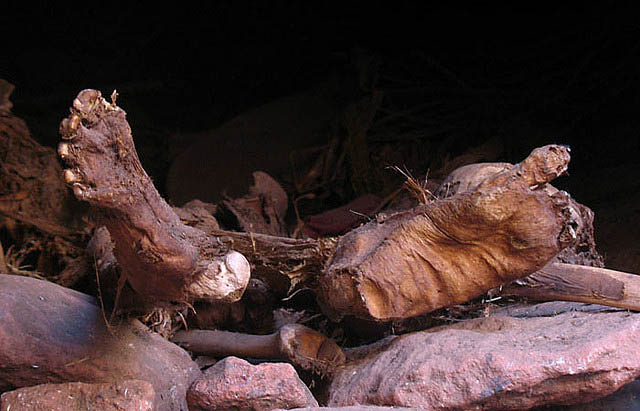 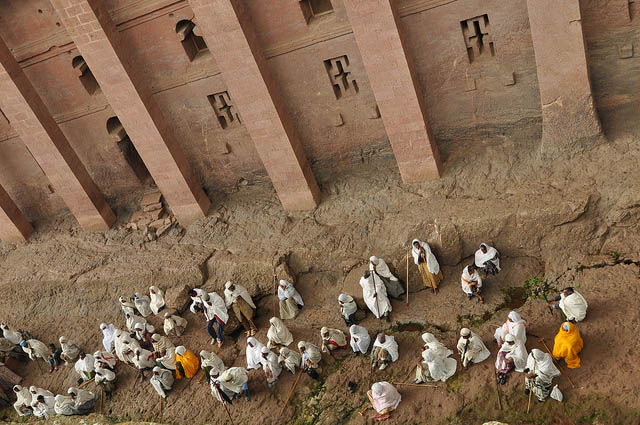 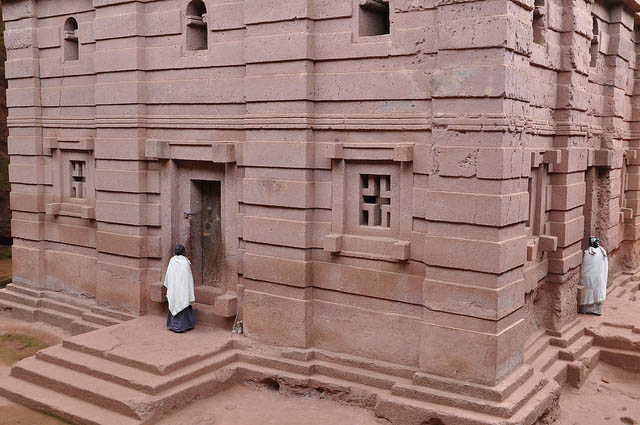 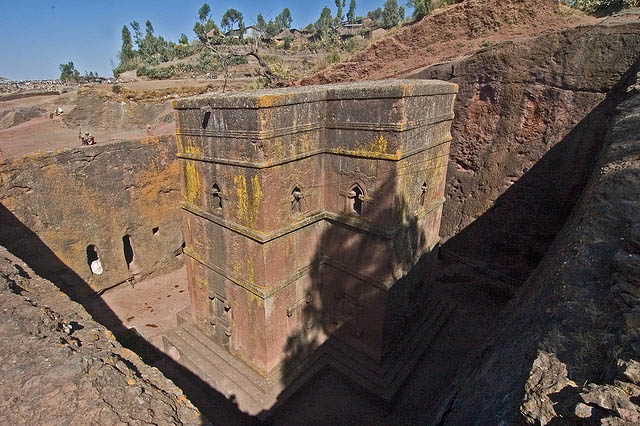 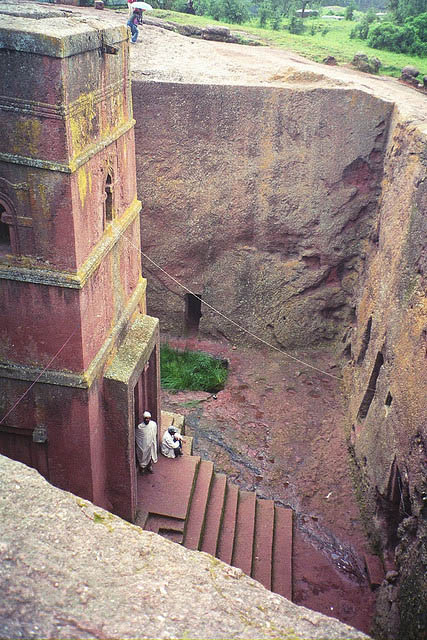 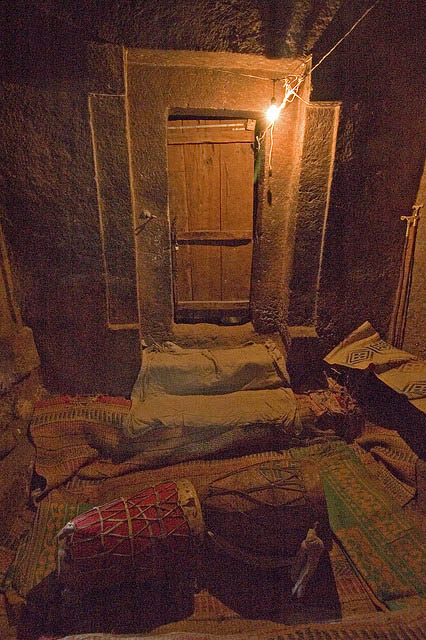