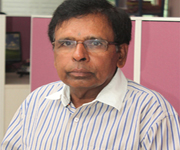 Kulandei Francis, Former Indian Priest, who left priesthood to devote himself to social work, was one of six Ramon Magsaysay awardees for 2012. He is being recognised for "his visionary zeal, his profound faith in community energies, and his sustained programmes in pursuing the holistic economic empowerment of thousands of women and their families in rural India," said a statement from the Magsaysay Foundation.

Kulandei Francis, 62, founded Integrated Village Development Programme (IVD), an NGO which has established over 1,800 self-help groups and empowered over 1,53,000 women in the backward districts of Krishnagiri and Dharmapuri in Tamil Nadu. On hearing news on being chosen for the Magsaysay Award, the former priest said he was "pleasantly surprised" and wants to be a role model for others to emulate. The social activist will leave Krishnagiri on August 24 to receive the award.


A veteran social worker, Francis joined the Holy Cross Society in 1970-71 to become a priest. During the seminary he was involved in relief work, operated by Caritas India. It was during an assignment as part of his theological study, he witnessed poverty and starvation of people in Sesurajapuram village. The experience goaded him to begin an NGO. His initiative has in fact helped thousands of women come out of poverty by helping them start micro enterprises and secure loans.


The other winners besides Francis include Chen Shu-Chu from Taiwan, Romulo Davide from the Philippines, Syeda Rizwana Hasan from Bangladesh, Yang Saing Koma from Cambodia and Ambrosius Ruwindrijarto from Indonesia. The winners will each receive a certificate, a medallion and a cash prize. Established in 1957, the Ramon Magsaysay Award is Asia's highest honor and is widely regarded as the region's equivalent of the Nobel Prize.