August 03, 2012
Maria Dyer was born as Maria Tarn, a British Protestant Christian missionary to the Chinese in the Congregationalist tradition, who worked among the Chinese in Malaysia. She arrived in Penang in 1827 with her husband, Samuel Dyer, an agent of the London Missionary Society who devoted his life to mission work in the Straits Settlements, a group of British territories located in Southeast Asia. Maria Dyer established girls' schools and inculcated Christian values and behavior in her Chinese pupils. In Singapore, she founded the earliest girls' school, the Chinese Girls' School, which is present-day St. Margaret's Primary School. She was the eldest daughter of Joseph Tarn, Director of London Missionary Society. The Dyers lived in Malacca and then finally in Singapore. 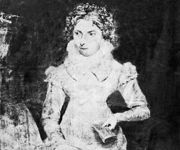 Maria Tarn was born in 1803 at London, England, the eldest daughter of Joseph Tarn, one of the Directors in the London Missionary Society. She completed her early education at London. She married Samuel Dyer, a missionary under the charge of the London Missionary Society who was bound for the Straits Settlements in London on March 06, 1827. They had five children during their life in the Straits, Maria Dyer (1829-1831), Samuel Dyer, Jr. (1833-1898), Burella Hunter Dyer (1835-1858), Maria Jane Dyer (1837-1870), and Ebenezer Dyer (1842-aft. Oct. 1843). The newlywed couple, Samuel Dyer and Maria Dyer left England on March 10, 1827 and arrived at Penang, in Malacca, the Straits of Malaysia on August 08, 1827. Their surviving children followed in their footsteps and were involved in evangelising the Chinese in their adult years.

Missionary work in Penang and Malacca

The new couple, the Dyers arrived in Penang in on August 08, 1827. They were to have gone on to Anglo-Chinese College in Malacca, but a lack of workers lead them to stay in Penang and settle in Chinese sector of town. They both began studying the Min Nan Dialect (Hokkien) spoken by the local people of China in order to reach out to the boys and girls separately. The couple worked hard to establish Chinese schools. Maria Dyer, in particular, had a penchant for orphaned girls. In addition, Samuel Dyer worked to produce a fount of movable Chinese metallic types for printing Chinese Christian literature. When the couple left Penang for Malacca in October 1835 after eight years of service at Penang, they handed over four Hokkien schools with a total of 79 pupils. They remained in Malacca till 1839 when Maria Dyer was taken ill and the Dyers returned to England on vacation.

Samuel Dyer returned to Malacca and the Dyers left for Singapore in February 1842 and the Dyers resided there. They brought along Miss Buckland, who proved to be a great help to Maria Dyer in teaching the Dyer's children and later in assisting with teaching duties at the boarding school. In 1842, with the approval of the London Missionary Society, Maria Dyer started a boarding school for 19 Chinese girls under agreement from their parents/guardians for differing lengths of stay.
It was located in a rented house in North Bridge Road and up kept partly by funds raised from the closure of the Chinese mission in Penang and private contributions of Samuel Garlingm, the then Resident Councillor of Penang. It was a boarding school which gave orphan girls an opportunity to be educated for free. This was the first girls' school in Singapore and remained so for many years. In addition to an elementary education in English, the girls were taught homemaking skills in preparation for marriage. Her husband Samuel Dyer died on October 24, 1843. After the death of her husband, she had to return to Penang.

The following year, she married Johann Georg Bausum, an independent missionary who had been granted use of the mission and chapel in Penang by the London Missionary Society. Maria Dyer died on October 21, 1846 in Penang, Malaysia, leaving her orphaned children under the care of Bausum. She was buried at the Northam Road Cemetery in Georgetown, Penang.Maria Dyer was known for founding the oldest Chinese Girl's School in Singapore and East Asia that still exists called Saint Margaret's Primary School. Throughout her life in the Straits Settlements, she worked relentlessly to provide education and to build schools for girls. Mission schools then aimed to inspire Christian values and behaviour in their pupils, with literacy seen as a tool to enable these to read Christian literature. Their youngest daughter, Maria Jane married Hudson Taylor, the missionary who began the China Inland Mission.
You can visit Hudson Taylor youngest son-in-law of Maria Dyer
Missionary Biography