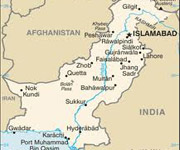 Pakistan's blasphemy law has been used to bring unsubstantiated charges against members of religious minorities. Rev.Zafar Bhatti, President of the Jesus World Mission, is in prison after he was accused of violating the 'black law.' Judges now must decide whether or not to heed the appeal made on his behalf and release him on bail. A Muslim leader said the Christian clergyman sent him text messages that insulted Islam and the Prophet Muhammad. Catholic leaders and human rights activists have responded immediately, pleading for his innocence, noting that police has been subjected to pressures and that the case is vitiated by errors in law.

Rev.Zafar Bhatti, President of the Jesus World Mission hails from Karachi, but moved to Lahore in 2010, in Nawaz Sharif Colony, where he has worked on behalf of local Christians and religions minorities for the past two years. On 10 July, he decided to move with his family to the capital Islamabad. The next day, Ahmed Khan, deputy Secretary of the local Jamat Ehl-e-Sunnat, unexpectedly filed a complaint against the Christian clergyman at the New Town police station, in Rawalpindi.


According to the police report, Khan received some text messages on his mobile phone with insulting language towards Muhammad's mother from an unregistered but visible number, which he kept in the phone's memory. At the police station, he said that if the agents did not open an investigation for blasphemy under article 295-C of the Penal Code, his organisation would take matters in its own hands.


The affair is full of holes however, including the charges against the Christian minister. Offenders who violate Article 295, Sections B and C, of the Penal Code could get the death penalty. However, insulting the prophet's mother falls under Article 295, Section A, which entails lighter sentences. Police arrested Rev. Zafar Bhatti on 16 July and his sister-in-law Nasreen Bibi. In custody, the pastor was physically abused and tortured to extract a confession but he stood his ground, rejecting the accusation and insisting on his innocence.


His wife turned to All Pakistan Minorities Alliance (APMA), an associated founded by Shahbaz Bhatti, asking for justice. Court hearing is expected to rule on his demand for release on bail. "Zhaffar Bhatti is innocent," said Khalid Jill, of APMA. "We are going to fight for his release." In his view, police began a case against him under "pressure," but we "are going to appeal because he was charged under the wrong article of the law." Mgr Rufin Anthony, Bishop of Islamabad-Rawalpindi, is of the same opinion. "How can police be sure" about the offender's identity? "It is clear that it is a case of personal animosity," probably in connection with some land.