Priests are not Vatican employees 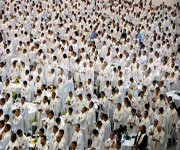 The Vatican won a major victory on Monday in an Oregon federal Courtroom, where a judge ruled that the Holy See is not the employer of molester priests. The decision by United States District Court Judge Michael Mosman ends a six-year question in the decade old case and could shield the Vatican from possible monetary damages. The original lawsuit was filed in 2002 by a Seattle area man who said the Rev.Andrew Ronan repeatedly molested him in the late 1960s. The plaintiff tried to show that Ronan and all priests are employees of the Vatican, which is therefore liable for their actions.

This judgment is a historical victory to the Vatican. Mosman made a previous decision strictly on legal theory and determined that, if all the factual assertions made by the plaintiff's lawyers in the case were true and applicable, then the Vatican would indeed employ Ronan. But on Monday, Mosman said he looked at the facts in the case and didn't find an employer and employee relationship. "There are no facts to create a true employment relationship between Ronan and the Holy See," Mosman said in his ruling from the bench.


Jeff Anderson, attorney for the plaintiff, said he will appeal the decision. "While we're disappointed, of course, we're not discouraged," Anderson said. Vatican attorney Jeff Lena said the case should put to rest the notion that the Holy See is liable for the actions of priests. "This is a case in which, for the first time, a court in the United States has taken a careful, factual look at whether or not a priest in the U.S. can be viewed as an employee of the Holy See and the answer, unequivocally, was no," Lena said.


The case is the last major United States sex abuse lawsuit against the Holy See. Cases in Kentucky and Wisconsin have been dropped in recent years. The plaintiffs argued that what they contend was Ronan's fealty to the Pope, the Vatican's ability to promote priests, the Vatican's laicization or removal process, and the ability to change priests' training all pointed to the Vatican employing priests.