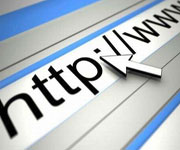 The Communication and Information Technology Commission (CITC) of Saudi Arabia, which is an Agency in Saudi Arabian that regulates information and communication technology has filed objections to a number of proposed generic top-level domains for the Internet, including .bible and .catholic and shared its objections to several of them. After announcing a wide variety of proposed domains in June, the Internet Corporation for Assigned Names and Numbers (ICANN) opened up the opportunity for the public to comment on each of the potential domains.

The organization's major objection to allowing the .bible domain has to do with the disagreement between churches over the biblical canon. Protestants, for example, have a Bible that consists of 66 books, while by comparison the Ethiopian Orthodox Church's Bible has 81 books. Likewise, Roman Catholic and Eastern Orthodox Bibles contain books which Protestants do not consider canonical.


"It is clear that with a number of religions and groups within them, disagreeing over the provenance and content of the bible, one group or individual should not be permitted to define what the bible is, or is not, on the World Wide Web," the CITC said in its comment. "To allow this string to be registered would be offensive to many people and societies on religious grounds."


Geoffrey Morin, spokesperson for the American Bible Society (ABS), the organization that applied for the .bible domain, believes one reason the application was initially accepted is because of the work ABS has done with "the whole church." "This is not a single church, this is not a single doctrine, this is not a single belief structure," he told The Christian Post. "It really is a wide-reaching global presence that allows for a representation of the Bible."


American Bible Society (ABS) is a member of the United Bible Societies, a group of 146 Bible societies from around the world that are doing work in over 200 countries and territories. The goal of ABS is to make the Bible accessible to people of all languages and degrees of wealth, so that "all people may experience its life-changing message."


In addition to the .bible domain, CITC also objected to the use of the .catholic domain. They argued against the domain because the term "catholic" doesn't just mean Roman Catholic, but is a term used by other churches when describing all Christians worldwide.