Tension continues following the death of Christian in India 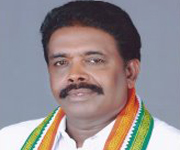 Tension continues to prevail at Sathancode near Nithravilai, Kanyakumari, Tamilnadu, India following the murder of a tailor on the midnight of last Sunday. According to police sources, Edwin Raj (30) of Nadaicavu was beaten to death in a group clash at Sathancode. A group was offering prayer in a house which was objected to by the other group. A wordy quarrel ended with the death of Edwin Raj. Relatives of the deceased refused to accept the body and demanded the immediate arrest of those who were responsible for the death. They resorted to road roko at Nadaicavu junction to urge the district administration to arrest the culprits. Few shops were closed at Nithravilai, Nadaicavu and Virivilai and bus services to Nadaicavu were also affected on Monday.

Speaking to presspersons, Bharatiya Janata Party (BJP) functionary Saravana Perumal demanded the arrest of the real culprits who were behind the murder of the tailor. He insisted that the government should follow the guidelines mentioned in Venugopal Commission report which had been constituted immediately after the Mondaicadu communal clash a few years back.


Colachel MLA J.G. Prince had a wordy quarrel with Superintendent of Police Pravesh Kumar over allowing people from a particular community to offer prayer in the particular house citing that it was their democratic right. Armed police personnel have been posted in all sensitive villages to prevent any untoward incidents. The police have registered cases against seven persons, including District President, Bharatiya Janata Party, C. Dharmaraj and the police investigating the case.