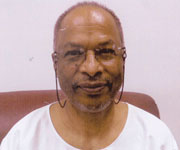 After spending 27 years in a Dubai prison, Paul George, a native of Nagercoil in Kanyakumari District in Tamil Nadu has returned home. Paul George Nadar, 66, was convicted for killing nine members of a Pakistani family in 1985. He spent next 27 years in jail, the longest prison term ever served in the UAE's history, according to media reports. Strive efforts taken by Colachel MLA J G Prince, he was released on Wednesday by the Dubai Government and was reached at the Thiruvananthapuram airport yesterday by wife Mary and daughter Sumitra.


George went Dubai in 1977 when he was 39, allegedly committed the ghastly murder on October 10, 1985. According to the details of the case, Nadar in drunken state, sprayed a can of paint thinner on a shanty and set it ablaze as the family consisting of two women and seven children were asleep inside. His son Subbarajan, an engineer working in Dubai, told media over telephone on Thursday the release order for his father has been issued. "We are happy that our father is finally returning home as he wanted to breathe his last in India and he has repented enough for this crime,'' Subbarajan said.


Sumitra, who is living in Dubai with her husband said, Colachel MLA J G Prince had tried hard for her father George's release and she sent a thanks giving letter to J G Prince for his release from the prison as well as his journey.