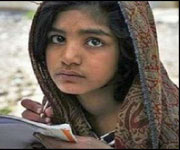 The Islamabad High Court (IHC), while hearing the blasphemy case against 14-year-old Christian girl Rimsha Masih on Tuesday, ordered to dismiss the FIR against her, Geo News reported. While announcing the verdict, Chief Justice of Islamabad High Court (IHC), Iqbal Hameed ur Rehman remarked that it is a highly sensitive matter and one must be extremely careful while leveling such charges against any one. Fake allegations should not be leveled against any Muslim or non-Muslim.


Chief Justice of Islamabad High Court (IHC), in the 15-page Judgement said no one has seen Rimsha burning any pages. The verdict also included references from the holy Quran. The IHC had reserved its verdict last week on an application seeking dismissal of the Rimsha Masih case.


Rimsha Masih was arrested on August 16 from a suburban area of Islamabad after she was accused of burning papers from the holy Quran and later charged of blasphemy. Later after the investigations, it was found that the cleric Khalid Jadoon Chishti had concocted the case against her, who was then arrested. After Rimsha was released on bail on September 8, she and her family were shifted to an undisclosed location for security reasons.