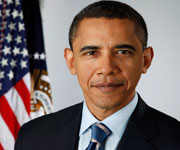 BibleStudySpace.Com is a Christian social network with a purpose, to create awareness of the Christian persecution around the world. The silent holocaust of Christian martyrs taking place is not reported by Fox, CNN, NBC and the other secular news networks. The war on Christianity in America is ignored by both Republicans and Democrats. For more than two years Obama did not fill the post of religious freedom ambassador that works against religious persecution across the world. Obama filled it only after heavy pressure from the public and Congress.


Suppose that there was a country where Muslims were being massacred every month, would the Obama Administration and media remain silent on a Muslim holocaust? Every month we have thousands of Christians massacred around the world, but Obama and American media ignores the Christians holocaust around the world. A mob attack on Muslims in Burma immediately resulted in a condemnation from the State Department and Obama. But a car bombing and shooting attack on two churches in Nigeria have not been similarly commented on by the State Department.


How many weeks did Obama and the media deliberately mislead Americans about the attack on Benghazi? While Obama and Secretary of State Clinton falsely accused the Muhammad movie for all the violence. We have the entertainment industry leading a propaganda war against Christians and Obama argues that the First Amendment provides no protection for churches and synagogues in hiring their pastors. The Obama new health care rules that override religious conscience protections for medical workers in the areas of abortion and contraception.


Christians need a way of broadcasting the truth about Christians being massacred around the world; this is why Bible Study Space is launching Social Media Newsroom. At least 75 per cent of all religious persecution in the world is directed against Christians. Over 150,000 Christians will be killed this year for their faith and over 200 million face daily threats of beating, imprisonment and torture.


It is also a Christian social network for Bible Study, training Bible Students and Ministries. We have Video Bible Study Lessons from Genesis to Revelation, 50 different Bible Versions, What the Bible says about any topic lessons, The Master's Seminary Lectures Series and Christian Bible Movies.