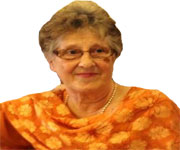 The Pakistani Christian political and social welfare organization has strongly condemned attack on 62 years old missionary Sister Bargeeta Almeby near her residence in Lahore. She remains in critical condition in Jinnah Hospital, Lahore, after she was shot by gunmen multiple times Tuesday. She was in her car when two men on a motorbike approached her vehicle and repeatedly shot her in the chest, according to Superintendent Malik Liaquat. The two unidentified gunmen didn't take any cash or valuables.


According to the police Superintendent Malik Liaquat, two armed men intercepted Brigitte Almeby at model town Lahore, while she was coming from office and fired at her. Birgitta Almeby was the Managing Director of Full Gospel Assemblies Bible College, Kot Lakhpat in Lahore. A spokesman for the Full Gospel Assemblies of Pakistan Church informed "that a couple of unidentified men had visited Almeby''s residence a few days ago and inquired about her from her security guard"


Dr. Nazir S Bhatti, President of Pakistan Christian Congress PCC has said that Punjab province of Pakistan is hotbed of Islamist extremists and hub of banned terrorist organizations which are active under supervision of some leaders of Punjab government who had their vote bank in territories controlled by these Jihadists. He also condemned attack on Swedish woman missionary in Lahore and demanded arrest of Islamists involved in incident.