Mangalore Diocese urges to probe the death of Saldanha 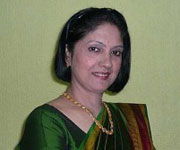 The Mangalore Diocese has urged the Indian Government to prevail upon the British Government to expedite the process of handing over the body of Jacintha Saldanha, nurse from Mangalore who committed suicide after she became a victim of a prank call by two Australian DJs. The radio presenters posed as the Queen of England and the Prince of Wales and sought details of treatment being given to Duchess Kate, who has been admitted at the King Edward VII hospital in London. Ms. Saldahnha had forwarded the call to her colleague in Kate's ward who revealed the details.


The Diocese has also sought an inquiry to pinpoint the exact reasons for her death. Talking to reporters here on Monday, Vicar General of Mangalore Diocese, Dennis Moras Prabhu, said Ms. Saldanha's family members were distressed over the time being taken by the authorities to hand over the deceased nurse's body. Ms.Saldanha's mother-in-law stays in Shirva, near the temple town of Udupi, and her brother Naveen Saldanha stays in Mangalore.


Mr. Prabhu said the Ms.Saldanha's family was in the dark over the cause of her death and were not being allowed to speak to her husband, Benedict Barboza. He expressed the need of an independent inquiry by the United Kingdom Government to unearth the real reasons behind Ms.Saldanha's death. He said the Mangalore Diocese had got in touch with the Union Petroleum Minister Veerappa Moily and All India Congress Committee member Oscar Fernandes. They had been asked to direct the Indian embassy to expedite the process of handing over the Saldanha's body, he said.


Meanwhile a member of the family of Mr. Naveen Saldanha maintained that they were not in a position to speak on any issues related to the death. They had no information about the timing and the possibility of bringing back Ms.Saldanha's body.