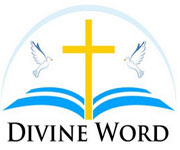 A Catholic businessman in Mangalore has announced to launch of his 24x7 Catholic religious television channel, which he says aims to introduce the religion to others. Bishop Aloysius Paul D'Souza of Mangalore is scheduled to launch the "Divine Word" channel on Dec. 22, promoter Walter Stephen Mendes announced in Mangalore. The main aim of the channel is to reach out to all Christians under and introduce Catholic religion to others said Mendes, President of the Board that owns and manages the venture.


In Karnataka, which has witnessed some incidents of anti-Christian violence in the past, the channel aims to build a Christ-centered multicultural community with love, peace and justice, he Medes said. The channel would telecast programs like Holy Mass, Word of God, Novena, Catholic activities, news, Bible stories, youth programs, adoration, church choir, Faith band and retreat. The channel will also promote charitable activities such as aiding the needy, education of poor children, providing medical assistance, shelter for the aged and the homeless and so on.


Mendes said his venture is not meant for entertainment. "I do not expect any return from this channel, instead I want to spread the word of god," he said. Mendes is also chairperson of Western Institute of Technology and a partner in V4 Media. He also heads Mendes Constructions, a real estate development firm.