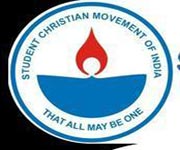 Student Christian Movement in India prepared the Global prayers and readings for January 18-25 of Prayer for Christian Unity. Each year the writing team for the ecumenical event comes from a different country. In 2014, Canadians will choose the readings and make Bible and liturgy suggestions. Pontifical Council for Promoting Christian Unity jointly sponsors the 15-year-old annual event with the World Council of Churches' Faith and Order Commission.


The week of prayer has its beginning in the late eighteenth century and by 1890 both Catholic and Protestant leaders were recommending the time between Ascension Day and Pentecost as a special season for prayer for unity. Two Anglican priests--Spencer Jones in England and Paul Wattson in the United States founded in 1908 the Week of Prayer. Their 'Church Unity Octave' hoped to achieve reunion between the Anglican Church and the Roman Catholic Church and excluded other denominations.


But in 1933 a Catholic priest from Lyon in France, Paul Couturier, recast the Octave as the Week of Universal Prayer for the Unity of all Christians. With the development of the World Council of Churches, the Faith and Order movement and the calling of the Second Vatican Council, the various strands and movements of prayer for unity began themselves to come together.