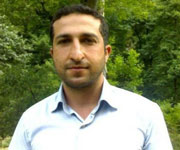 Iranian Pastor Youcef Nadarkhani was re-released from prison on Monday, January 07, after authorities surprisingly arrested him on Christmas Day and forced the evangelical Christian minister to spend the holidays behind bars. Pastor Nadarkhani was forced to go back to Lakan Prison in Rasht on December 25, apparently to serve the remainder of his sentence, another 40 days, and to complete paperwork that authorities say he had not filled out.


Christian Solidarity Worldwide (CSW) confirmed the news of the pastor's release to The Christian Post, but a representative said the organization was not certain why prison officials decided to release Nadharkhani before he served the full 40 days. "Initially we heard he would possibly be kept around a week/five days which is why our initial press release did not specify a time," an advocate for CSW told Kiri Kankhwende, Press Officer for the Christian persecution watch group.


Although Nadarkhani's family and supporters worldwide who have called and prayed for his release will look at the development as good news, pressing concerns remain for the Iranian pastor's lawyer, Mohammad Ali Dadkhah, who was jailed for 10 years and disbarred back in September allegedly for "actions and propaganda against the Islamic regime."


"The imprisonment of Mr. Dadkhah is part of an ongoing campaign of repression of human rights activists journalists and defenders," Kankhwende told CP. "Mr. Dadkhah is not the only one; his fellow founders of the Defenders of Human Rights Center (DHRC), which the authorities forced to close in 2008, are all detained and suffering similarly. He is being persecuted in his own right because of his profession and lifelong professional commitment in defending the rights of political activists and others."


CSW's chief executive, Mervyn Thomas, has called for the immediate release of Dadkhah, amid concerns that he is being pressured to do a televised confession admitting his supposed actions against the Islamic regime."We also continue to call on the Iranian government to uphold the rule of law and allow the country's religious minorities to enjoy religious freedom as guaranteed under the International Covenant on Civil and Political Rights, to which Iran is party," Thomas added in a press release.


When he was first released in September, Pastor Nadarkhani had served three years, or a total of 1,062 days, behind bars. He was acquitted by an Iranian court of apostasy, which could have led to the death penalty, and granted release from prison after it was established that he already served three years for evangelizing to Muslims. Nadarkhani first found himself targeted by authorities on Oct. 19, 2009, when he was detained for protesting against Iran's decision to force all children, including his two sons, to read the Quran in schools. Source Christian Post