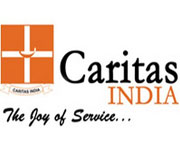 Caritas India, the social service wing of the Catholic Bishops Conference of India (CBCI), sent its suggestions to make India a gender sensitive nation but said it cannot support death penalty as punishment for rape. In its eleven-point recommendation made last Saturday to the Verma Committee set up by the federal Government, Caritas asked to introduce gender-sensitive curriculum from school level onward to promote and foster a balanced gender perspective in India.


The Government set up the committee after massive crowds lay siege to the national capital for almost two weeks in December and the first week of January 2013 calling for justice for the 23 year old physiotherapy student victim of gang rape. Six men raped her in a moving bus and male companion who sought to defend her was also attacked. Both were dumped on a roadside by their attackers presuming them to be dead. The woman died 13-days after the incident in a Singapore hospital of her injures.


Several groups have demanded revise laws to award death penalty for rapists. Although, justifying public rage and protests, Caritas said it does not support death penalty as a punishment to rape. The official teachings of the Church also do not support death penalty on the ground that God alone is the owner of life and no one could legitimately interfere with life. Caritas also noted with concern the failure of the country to protect girl-children and women.


While strict and effective enforcement of the law is required for the safety of women, Caritas has also cautioned the Government against appropriate safeguards to prevent misuse or taking any undue advantage of such laws. The Verma Committee's recommendations would be placed before the Government in less than a month which is expected to pave the way to amendment of existing laws to deal with rape and other crimes against women so as to provide speedier justice and enhanced punishment in sexual assault cases in India.