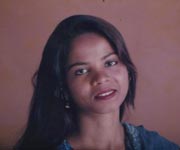 Cardinal Roger Etchegaray, Vice Dean of the College of Cardinals has written to Pakistan President Asif Ali Zardari asking for the release of Asia Bibi(42) who is a Pakistani Christian woman, who was convicted of controversial blasphemy law by a Pakistani Court, receiving a sentence of death by hanging in 2009. The Cardinal said Zardari's pardon of Asia Bibi would have an enormous significance and would greatly promote dialogue and reconciliation between Muslims and Christians.


"In my long life, I have always worked to help Christians and Muslims live together as brothers, ever since Blessed John Paul asked me to organize the historical meeting for peace in Assisi on October 27, 1986." On that occasion, leaders from the world's religions met for the first time in St. Francis' hometown at the invitation of a pope. "We can't continue ignoring each other or, worse, fighting each other," he written in the letter.


Cardinal Etchegaray's is the latest appeal from the international community on behalf of Asia Bibi, whose story has captured headlines since her detention and brought further scrutiny on Pakistan's blasphemy legislation, which rights groups say is often used unjustly to settle political scores or target religious minorities. In January, Italian Foreign Minister Giulio Terzi appealed to the Pakistan Government through the Italian embassy in Islamabad to release Asia Bibi.